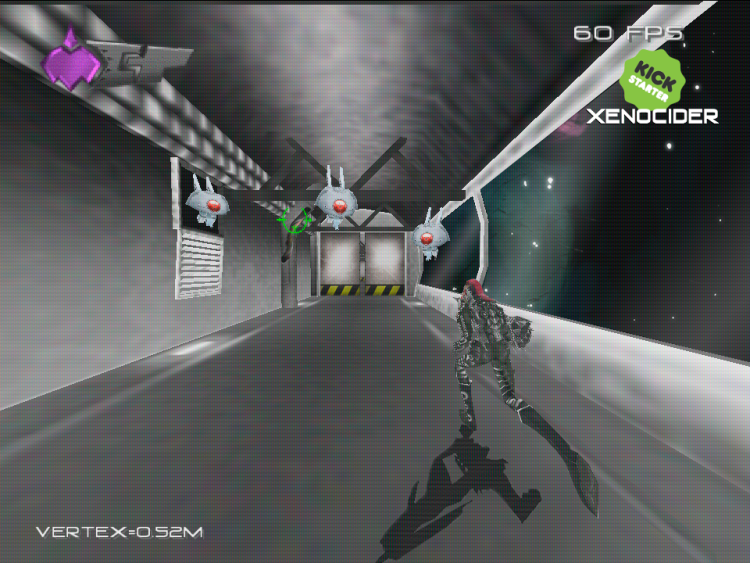 As great as it is to see so many SEGA-related Kickstarter campaigns, inevitably some will not reach their goals. In the past we saw Mega-Bit figures and Night Trap Revamped fail to make their money, and today we are sad to report that Xenocider has thrown in the Kickstarter towel. Xenocider is a 3D shooter inspired by the SEGA classic Space Harrier, and was planned to be released to Dreamcast, PC, Mac, Linux and 3DS. At the time of cancelling the campaign, the game had 342 backers and raised $24,061 of the $92,000 goal with 6 days remaining.

Retro Samus had this to say regarding the cancellation:

Hey guys. This won’t take many of you by surprise, but we think it’s safe to assume we won’t be reaching the funding goal in the remaining 6 days…
We have learned A LOT from this. We have made mistakes, of course, and we know we can do it better and come back stronger than ever. Perhaps we put too much trust in our product and underestimated the importance of better advertising, of having good contacts, and whatnot.
We are cancelling the campaign today. We will keep working on Xenocider, on alternative ways of making it happen, because we love our project and are deeply proud of what we were (and still are) intending to create.
Those of you who were fans or followers of Retro Sumus already know we like keeping you guys informed of what we’re up to. We have no plans of changing that. This is only a good bye for now. We will be back, and we will be better.
Above all, THANK YOU. We deeply appreciate every single one of your pledges, comments, messages, tweets and suggestions. The Dreamcast scene is still amazing, and exciting, and we are proud to be a part of it. And we would like to thank every backer, journalist and developer who gave us a hand. You all know who you are 🙂
Thank you SO MUCH for your support.
Dream on.

Personally, I thought the $92,000 was too high. Not to say that it wasn’t the money they needed to create the game, but then again with high ambitions come high costs. It should be noted that past indie Dreamcast games made quite a lot on Kickstarter, but then again most of those were either RPGs or development teams with a history of making Dreamcast games. Alice Dreams Tournament, a game on par with Xenocider in terms of not being an RPG or space ship shoot ’em up and coming from a team new to the scene, raised €28,101 (about $31,000) but it should be noted that much of Alice Dreams Tournament‘s money came from people buying a Dreamcast accessory which added a reading lamp to the controller.

We wish Retro Samus the best of luck and hope that the game comes to fruition someday.