Earlier this month we shared the news that SEGA teamed up with The Yokosuka Action Promotion Committee to design a map of Yokosuka, Japan. Why? Well, because Yokosuka was the setting of SEGA’s hit game Shenmue. Since the game’s release, fans have visited the locations from the game, using fan made guides and videos. But now, SEGA has officially put their stamp on the region with this guide! The guide was originally Japanese only, but now we have the English language version, which you can download here. 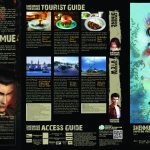 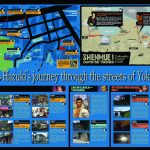