On Thursday, September 15th, Sega added three more classic Sega Genesis titles to the Nintendo Switch Online + Expansion Pack lineup, after skipping a month from their usual bimonthly update. Subscribers can now play Alisa Dragoon, Beyond Oasis, and Earthworm Jim on Nintendo Switch. Japanese players get all the same 3 games in their own update at the same time. Each game will be immediately accessible after updating the Sega Genesis – Nintendo Switch Online application on your Switch to its latest version. You can learn more about each game within this article. 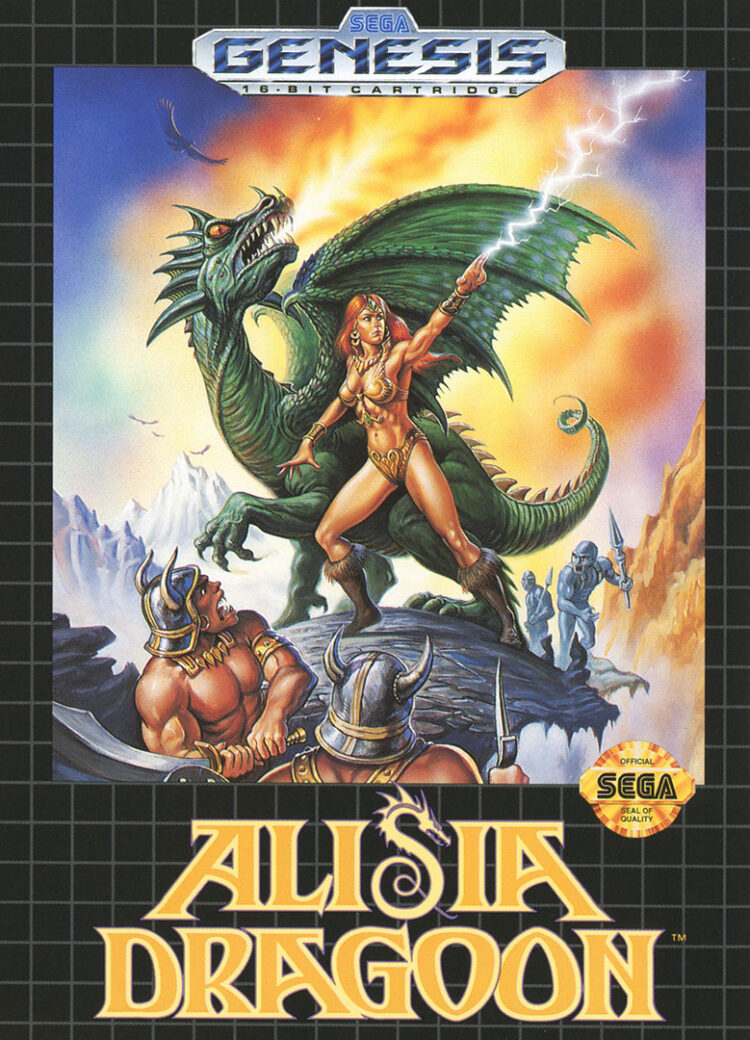 Alisia Dragoon (1992) is an action platformer from Game Arts, who also developed Silpheed and the Lunar duology for Sega CD. It was even produced by Studio Gainax, who would go on to create anime such as Neon Genesis Evangelion, Gurren Lagann, and Panty & Stocking with Garterbelt. You play as the sorceress Alisia, who fights through hordes of monsters with her homing lighting magic. However, make sure you don’t leave it firing too long without stopping or it will start to weaken. If you let it charge completely before firing, you can set off a wider attack to easily dispatch foes surrounding you. Alisia is also joined by four small companion dragons with their own special offensive magic which can be strengthened with level up items, but they can also be knocked out by enemy attacks if you’re too careless. Alisia Dragoon has gone on to achieve cult status due to it’s challenging and unique gameplay and breathtaking fantasy setting. Retro PC gamer fans may also notice the gameplay is similar to the classic action platformer Thexder, which is no coincidence as that was also a Game Arts title. It’s a bonafide hidden gem that’s certainly worth a shot. 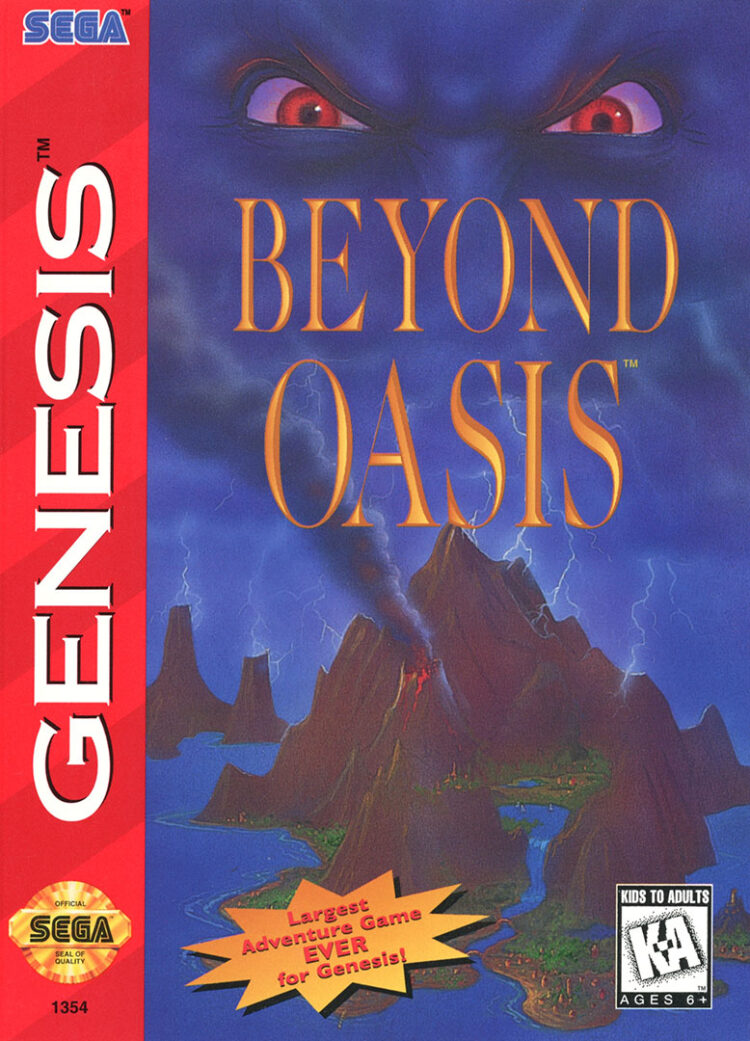 Beyond Oasis (1995), known outside of North America as The Story of Thor, is an action RPG developed by Ancient, who was also responsible for Streets of Rage 2 and 3. Like that series of games, Beyond Oasis features music by Yuzo Koshiro. You play as Prince Ali, who comes into possession of a magical golden armlet, which then sets him off on a long journey exploring the vast lands to awaken the four Elemental Spirits, who will then accompany on the remainder of your quest. You’ll have to use the elements around you to summon them after that, such as anything around you giving off flames or any water present nearby. Along the way you collect different weapons and food for healing, level up, and battle humongous boss monsters. You can also discover special weapon attacks using button combinations that may be reminiscent of fighting games, such as “Forward-Back-Forward-Attack” or “Full Circle-Attack”. It may take some trial and error to figure those out. Beyond Oasis has long been compared to the Legend of Zelda series in it’s overall game structure. (The constantly breaking weapons sure bring Breath of the Wild to mind) If that sounds like your kind of game, Beyond Oasis is not one to pass up. 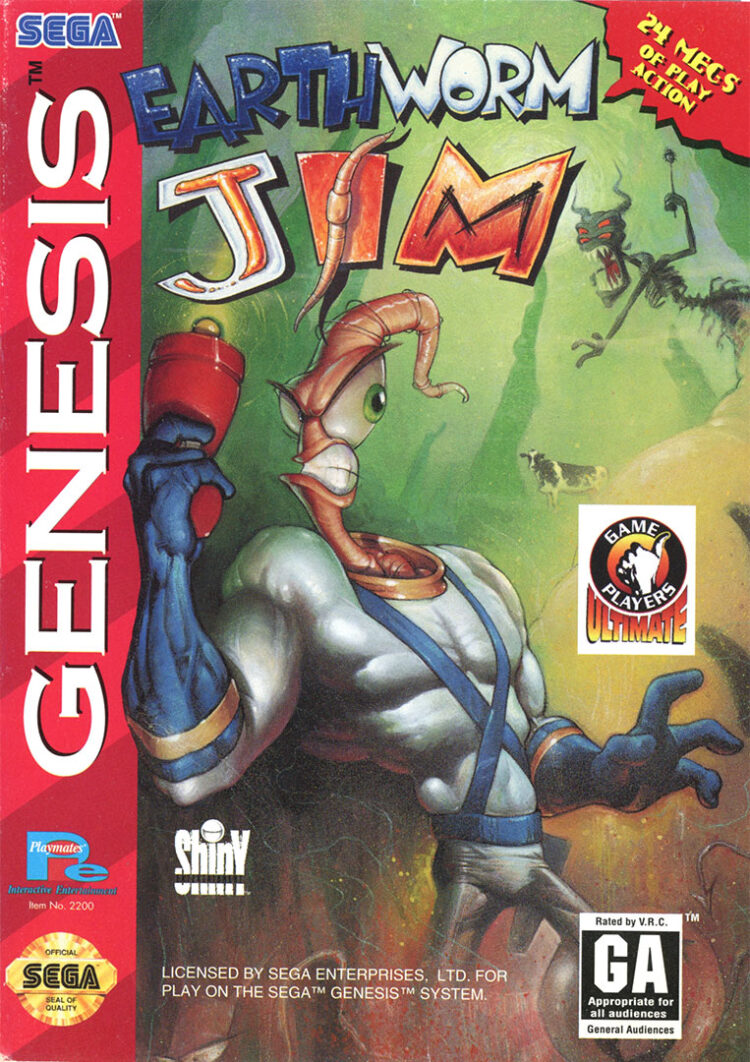 Earthworm Jim (1994) is a hilarious comedy action platformer developed by the same creative team that put together Cool Spot and the Sega Genesis version of Disney’s Aladdin. (It’s also developed with the same game engine and cel animation tech used with those two games) The titular Earthworm Jim travels to several different planets to rescue Princess What’s-Her-Name from the evil clutches of Queen Pulsating, Bloated, Festering, Sweaty, Pus-filled, Malformed, Slug-For-A-Butt. (Those names may hint how little this game takes itself seriously) Many levels will exercise your wits more so than platforming skill and may not always be straightforward, so you’ll have to think outside the box to make certain the villians Eat Dirt. As long as you’re not put off from the game’s general wackiness and occasional gross-out humor, you’re guaranteed a fun time from this lauded 16-bit classic. You can also play the Super Nintendo version of it’s sequel, Earthworm Jim 2, on NSO right now if you like this game.

Finally, if these games sound familiar to Sega Genesis Mini owners, it’s because all three of them were also part of that mini console, and rightfully so as they’re all quite representative of the best the Genesis had to offer.

The last update to Sega Genesis games on NSO + EP was the last day of June this year, which saw the additions of Mega Man: The Wily Wars, Comix Zone, Target Earth, and Zero Wing.

Do you think these games are GROOVY? Are there any other Genesis classics you hope to see on NSO in the future? Let us know in the comments what you think of this update or NSO in general.