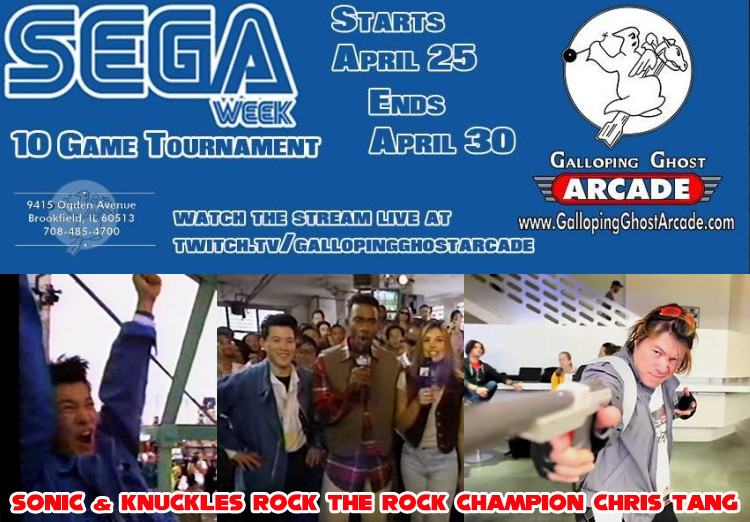 SEGAbits is excited and honored to reveal that we’ll be collaborating with Galloping Ghost Arcade, America’s largest arcade, for SEGA Week from Monday, April 25th to Saturday, April 30th at midnight. Galloping Ghost Arcade is located just outside Chicago in Brookfield, IL, and features over 500 classic and modern arcade machines, and several of them are made by SEGA. SEGA Week’s main focus will be tournaments covering 10 SEGA arcade titles, of which will remain a mystery until the day of the tournament. Still, if you want an idea of what to expect, the arcade has SEGA titles which include OutRun, Space Harrier, Thunder Blade, Monkey Ball, Crazy Taxi, Zaxxon, SegaSonic the Hedgehog, Sonic Championship, Michael Jackson’s Moonwalker, Golden Axe, Golden Axe: The Revenge of Death Adder and several more.

On April 30th join us for SEGAbits Saturday, which will highlight the many SEGA games celebrating anniversaries as well as the arcade originals of the SEGA 3D Classics titles – SEGA 3D Classics Collection releases that same week to the Nintendo 3DS. We also plan to feature special tournaments with prizes courtesy of SEGA and Archie Comics. There will also be surprise reveals of classic SEGA arcade machines, playable for the first time at the arcade, and you might even encounter a special guest or two.

More details to be shared as SEGA Week draws near, but make sure to mark both the week and SEGAbits Saturday on your calendar now as it is an event that is not to be missed! For details on the arcade and more, visit the Galloping Ghost website and the SEGA Week event page on Facebook.

After the break, check out some photos of the arcade, just to get a sense of the size and selection of games. It’s huge.

END_OF_DOCUMENT_TOKEN_TO_BE_REPLACED 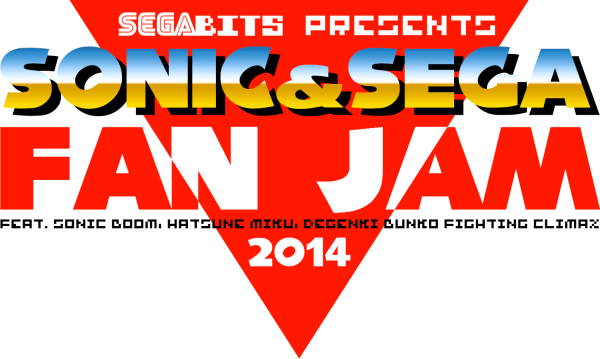 Hello SEGAbits readers, Kori-Maru here and fresh from our fan convention event in Savannah, Ga. I would like to thank everyone who’ve attended our event and The Guild Hall for their support and using their venue for the event. Met new friends and had some great moments at the event. Want to learn how SEGA & Sonic Fan Jam came to be and how the even turned out? Hit the jump of my impressions of Sonic & SEGA Fan Jam 2014 including a ton pictures.

END_OF_DOCUMENT_TOKEN_TO_BE_REPLACED 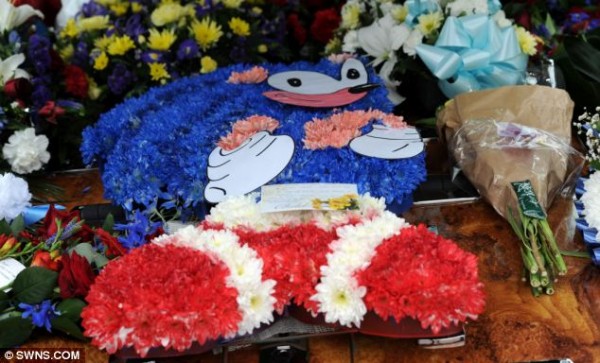 Earlier this year, SEGA and Sonic fans heard the sad news of a four year old Sonic fan who lost his life in an unfortunate accident while on holiday. The boy, Dylan Cecil, was such a big Sonic fan that the family had a Sonic casket and flower arrangements made for the boy. Really heartbreaking stuff. Members of the Sonic and SEGA community, from Sonic Retro to Sonic Stadium, knew something had to be done to help the family. AAUK of Sonic Wrecks, with the support of SEGA of America and several fan sites, has created a series of eBay listings featuring rare and unique Sonic items. All profits will go towards the Burnham Area Rescue Boat fund at the request of the Cecil family. Fans who do not want to bid, but still want to help, can donate on the BARB website directly.

Items include a rare Sonic Generations press kit, t-shirts and Generations gold Sonic rings. There are currently ten items up but there will be more additions in time.

You can find a summary of goods on the SSMB Marketplace whilst the items themselves are on sale here: http://www.ebay.co.uk – Seller: Kevskingdom 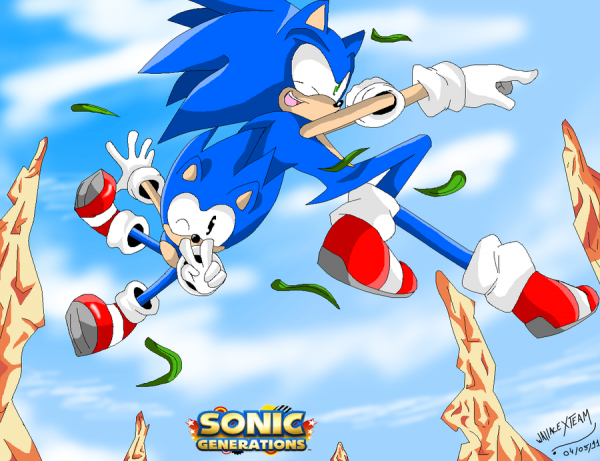 Want to be the first one to play the upcoming Sonic game? If you live in the LA area and have some time to spend in line around June, you will be able to get your paws (or if you aren’t a furry, your hands) on a playable demo build.