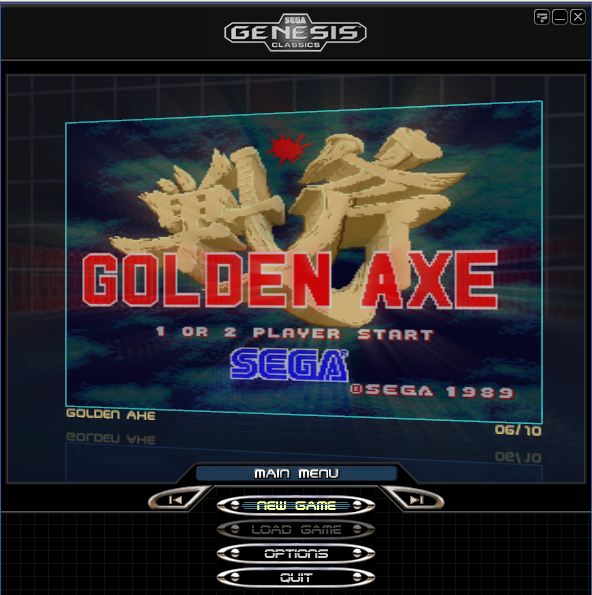 Actually, the price for the whole pack has been reduced by half. SEGA dropped the price from $34.99 to $14.99. A way better price, so this review will reflect that price drop.

My main issue with the game is the ’emulator’ that SEGA uses. When you download the game off of Steam, it will open it up on SEGA’s emulator (pictured above). It looks fancy, having a video playing while you are selecting the games. The main issue is that Steam’s overlay features don’t work while in the emulator.

If you ever played games on Steam and have friends on there, you know its a great feature. Messaging friends while in game, checking what friends are doing and so on. This feature is not implemented into the packs. 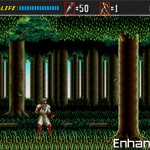 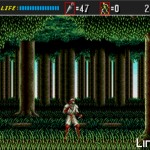 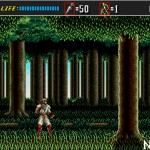 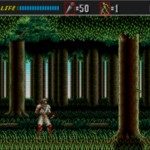 The emulator features three filters, four if you count the ‘no filter’ option. Above are four pictures showing the filters and one without any filter. If you have used an emulator like Gens on your PC before, you know what they have to offer. Most purist choose to play the game without filters, while others think new televisions make the pixels look odd and opt out for the enhance filter. I myself go for no filter. I’m hardcore like that.

There is also support for fullscreen and windowed gaming, windowed can be used if you multitask. After you click out of the game to do something, it will automatically pause. Great if you have a pop up.

The game supports game pads or keyboards. The multiplayer for the game is offline only. That is right, you can’t play co-op in Altered Beast with friends and scream “RISE FROM YOUR GRAVE”. It is a shame, especially since other emulators support online play and those are free. It could have been pretty cool to click on someone on your Steam friend’s list and invite them into a game.

Another negative is that the games don’t support Steam achievements. It is a shame really, since Genesis games on Xbox Live and PSN both support online play and achievements/trophies.

Every classic collection needs some classic games, right? The first pack of Genesis Classics has 10 games. Most of them are not considered classics at all, actually I’m shocked at the selected some of the games. 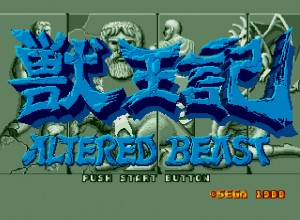 I already mentioned the game before, this game always appears in almost all compilations by SEGA. It was a pack in for the US release of the Genesis, I guess they hold it as a gem, a landmark for SEGA as a company.

Regardless if it was a pack in or not, it matters if the game is good and this title really isn’t. I know people will complain that I’m too hard on the game, but the game was stiff and had really bad animations. It isn’t a horrible game, just isn’t as good as other beat ’em ups in SEGA’s catalog. I’m aware of its age, but even around the time it came out it wasn’t that great. 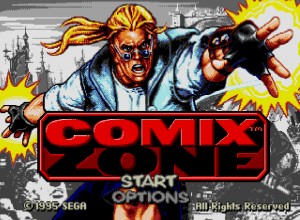 Comix Zone, a game by SEGA of America’s SEGA Technical Institute. The developer released this game late into the Genesis’ life cycle, so many people back then skipped it, going on to their next console. Growing up, I would have probably skipped it myself if I didn’t play the kiosk at Toys ‘r’ Us. The game has really amazing art style that perfectly portrays what 90’s comics where all about.

The game stands the test of time well. The controls are smooth, the game is fun and challenging. Actually, this game is short, only spanning 3 episodes (each episode has 2 levels). But the game is hard, so make use of them save states. This game is worth playing if you have never played it before. 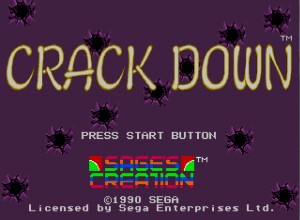 Why is this game in a ‘classics’ collection? I have now idea. I can’t say anything positive about this game. It is pretty horrible. It has a top down view, but what is the worse is that the game only uses 1/4th of the screen for gameplay. I’m not kidding.

The levels in the game are also timed, since you have to go across the map and disable bombs. If that was not enough, one shot and you’re dead. Does that sound fun? I didn’t think so. If you like torture, check this game out. 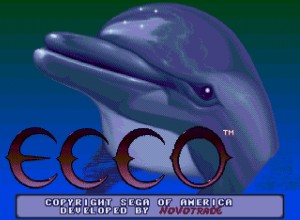 Ecco the Dolphin is a classic story about a Dolphin trying to save the world from aliens. Nothing weird here, right? Wait, aliens? I have to admit, I was never a huge Ecco fan, but I have respect for it being a unique adventure game. The game is challenging, like most games on the Genesis.

But I think the biggest deal when it came out where the graphics. The game is fast and has some of the nicest graphics to grace the Genesis. If you want to use your brain and go through a beautiful underwater adventure, this game is for you. I on the other hand hate sea food and dolphins. 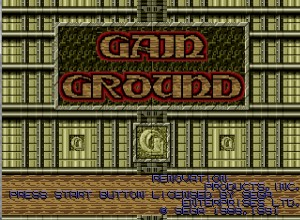 Gain Ground, we meet again. Here is another game that has been in more than one collection and does not deserve its place. I have never in my life heard someone ask for a re-release of Gain Ground, but SEGA seems to think it has a huge following. They are even doing a new game.

The game is a top down shooter that lets you team up with your friends to gain ground against enemy defenses. The game can be fun for a few minutes, then it becomes repetitive, frustrating and boring. 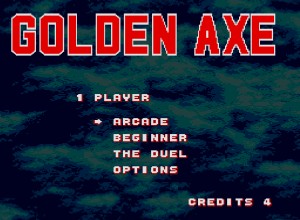 Super evil, cool dude, Death Adder has taken the King and Princess of Yuria hostage. Along with them he also holds the Golden Axe, a magical axe. He threatens to destroy the Golden Axe and kill the King if everyone doesn’t accept him as the ruler of Yuria. Three warriors set out to destroy Death Adder, as revenge for him killing members of their family.

I still love this game, even though its not better than Streets of Rage or other beat ’em ups in the 16-bit generation. I think this one is the best Golden Axe out of the three main ones on consoles. The arena mode can be ignored, co-op is fun and the world the game takes place in is awesome. Its SEGA’s Conan the Barbarian. 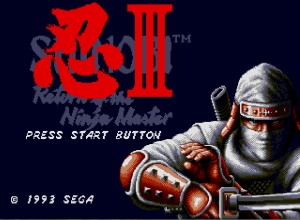 The evil crime syndicate Neo Zeed is back and so is Joe Musashi, to stop them once and for all. The game might be thin on a plot, but do you really need a over dramatic plot when you have Joe Musashi?

This is one of the best Genesis games. This is a true classic. Everything about this game is awesome. All the way from the graphics, gameplay, level layout, and especially the music. This is a must get, even if you just get this for $2.99. 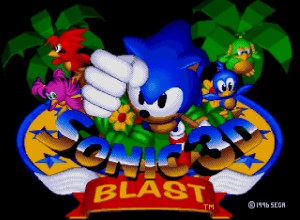 (Seems that SEGA has switched this game for Shadow Dancer, which is a better game)

Sonic 3D Blast was developed by Traveler’s Tales and not by Sonic Team. Right now this would not have been a big deal, since Sonic Team’s past Sonic games have been hit and miss, but this was a the time when Sonic Team was on fire, releasing classic after classic.

Sadly Traveler’s Tales did not make a hit Sonic game. Actually, this game sucked. The game has a isometric camera angle and has you exploring the map to find flickies. That is the whole point of the game. It sucks, skip it. If you are a huge Sonic fan, you should probably invest in the Sonic Mega Collection. 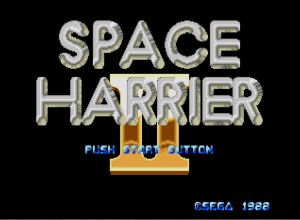 Space Harrier II was another launch title for the SEGA Genesis in America. The game takes place in the year 6236, apparently in the future people wear red spandex suits and the world is a big acid trip. Odd hostile forces take over, you have to destroy them by yourself, again.

The game might not be as good as the original arcade version, but its still really damn fun to play on the SEGA Genesis. The game has a total of 12 levels and was designed by Yu Suzuki himself. Good game, with lots of mindless shooting. 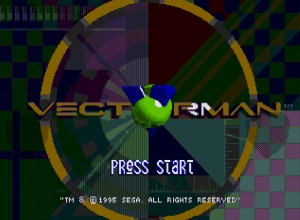 Last but not least, good old Vectorman. Not going to say that Wall-E copied the basic plot for Vectorman, but its quite close. Humans go to conquer other planets and leave “orbots” to clean up the garbage filled earth. You play as a toxic sludge cleaning orbot named Vectorman, when he is sent to earth every orbot is going crazy since they are all controlled by the evil orbot named Warhead.

The game features some pre-rendered 3D graphics, sort of like Donkey Kong Country did. The game is pretty hard and has 16 levels. This is one of my favorite SEGA Genesis games, so I recommend playing through it if you enjoy Contra games. The only thing that frustrates me is when enemies shoot you before they appear on screen. Cheap, very cheap. 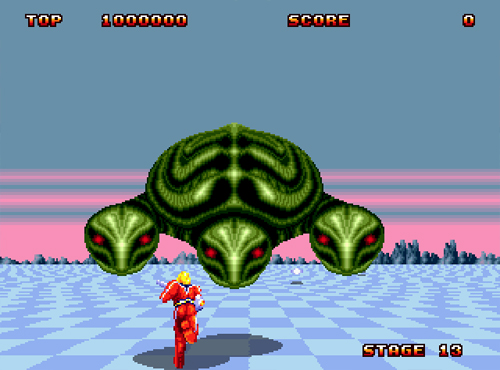 SEGA wants to make money off their classics, instead of having PC gamers resort to illegal roms.The issue here is that their first collection of games isn’t that great. I would probably only consider about five out of the ten offered here. Most are not classics.

Not to mention the collection of games don’t offer online play or Steam Achievements. Something that Genesis re-releases offer both on PS3 and Xbox 360. It is hard to swallow, paying for something that is so easy to get free and is actually better. I hope SEGA goes back and adds online to the titles, but so far they haven’t and other emulators out there support online play. As for extras, the collection offers none. No artwork, videos or promotional materials.