In spite of best planning, the release of Sturmwind has to be postponed: Our long-term CD-ROM manufacturer surprisingly had to declare bankruptcy after 19 years in business. From 40 employees only a few remained. Therefore this resulted in the situation that the scheduled delivery date for Sturmwind could not be met in the end. 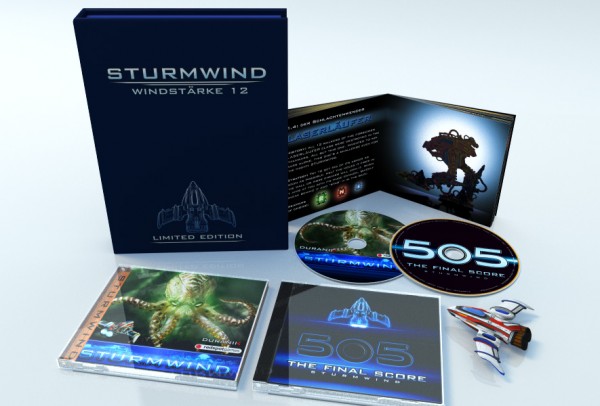 The only possibility has been to relocate the production – to avoid further delays of the bankrupt facility. Nevertheless items like the spaceship models have been completely manufactured already. Our new partner is one of the largest videogame CD / DVD press plants in Europe with over 50 years of experience in medium production. In the meanwhile we already placed our production order for Sturmwind.

The release date is set to TBA (“to be announced”) consequently.

Details are currently clarified between redspotgames, Duranik and the new facility. Also we are arranging material for another announcement with more exact information within December, which will be after Christmas however. All orders in the redspotgames online shop will remain valid.