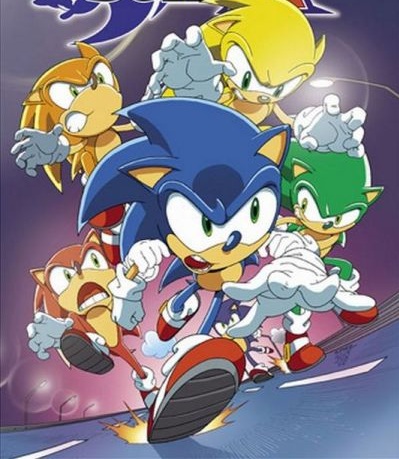 Remember those rumors regarding a Sonic Colors sucessor incoming for the Wii U? Well, Takashi Iizuka has finally spoken out on thematter in a SPOnG Sonic 4 Episode 2 interview:

SPOnG: Can you say whether the rumour of a game called Sonic Dimensions on the Wii U is true or false? Takashi Iizuka: Sonic Dimensions? [Laughs] I think it’s a complete hoax. [Laughs]

In that same interview, Iizuka commented on Sonic’s future. We have a sample of his comments posted below. For the full comment, as well as the entire interview, please head over to SPOnG.

SPOnG: Sonic Colours, Sonic Generations and Sonic 4: Episode 1 have all been critically acclaimed and generally very well-received by fans. How do you feel about the Sonic franchise going forward, now that you’ve put it back on track? Takashi Iizuka: Well, thank you very much for your comment on the series! As to your question… there was a period where we had this photo-realistic Sonic, going to loads of different places and offering fans completely different gameplay experiences. I feel that there should be a consistent core experience that defines Sonic, that runs through every major game. During this period, that was missing – there were too many branches of play styles and mechanics, and as a result people didn’t know what was going on with Sonic or what he was really about. I think that caused a lot of confusion with the fans.