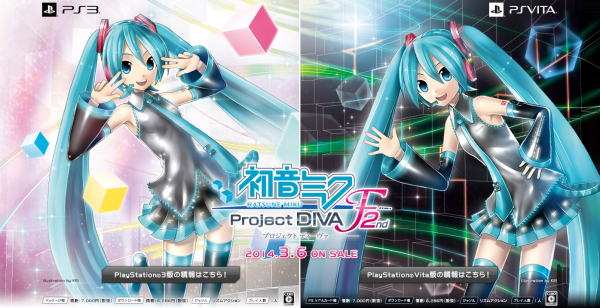 The releases come thick and fast for SEGA, coming off the back of Utakumi 575, PuyoPuyo Tetris and Ryu Ga Gotoku: Ishin! the latest entry in the Hatsune Miku: Project Diva f 2nd came out last week in Japan for both the Playstation Vita and the Playstation 3. This is the first time the series has launched on two platforms at the same time and is looking to take the crown of biggest first week from Hatsune Miku: Project 2nd. Also continuing to chart is Ryu Ga Gotoku: Ishin! hit the break to find out how both performed in this week’s chart! 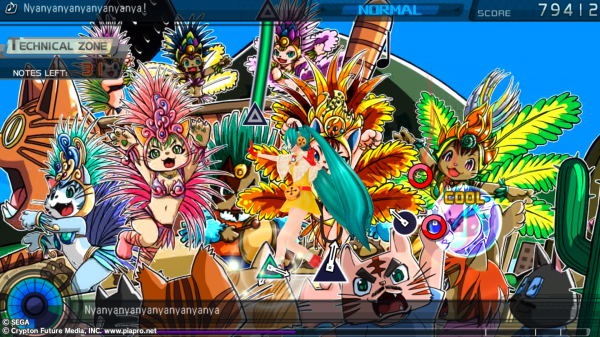 Managing to pull of a combined figure of 158,593, Hatsune Miku: Project Diva f 2nd manages to shoot itself to the top position of the charts and gives SEGA their first number one of the year, something not even Ryu Ga Gotoku: Ishin managed despite selling noticeably more. The sales combined between the two versions however are lower than the debut week of either the Playstation Vita or Playstation 3 is lower than the debut week of previous entry.

So comparing the previous releases on the Playstation Vita and Playstation 3, the original Project Diva f managed a combined 271,731 so a decrease of over 58% Though it should be taken into account that the original’s Vita and Playstation 3 releases were almost 7 months apart. No doubt sales have been cannibalized due to both releasing at the same time this time round but it seems SEGA would have preferred stronger upfront sales rather than keep them apart between successive business quarters. However it has worked against them as Miku fans have seemingly opted to purchase one version of the game instead of both.

Certainly it seems with news that the Japanese market is mostly dominated by smartphones (Over 50% of Japan’s gaming market are made up of smartphone games) and a wide range of software seeming to suffer, it might be time for SEGA to reconsider their efforts in their home markets especially as their iOS games have mostly been posting solid numbers. That covers another SEGA in the Charts article, until next time.