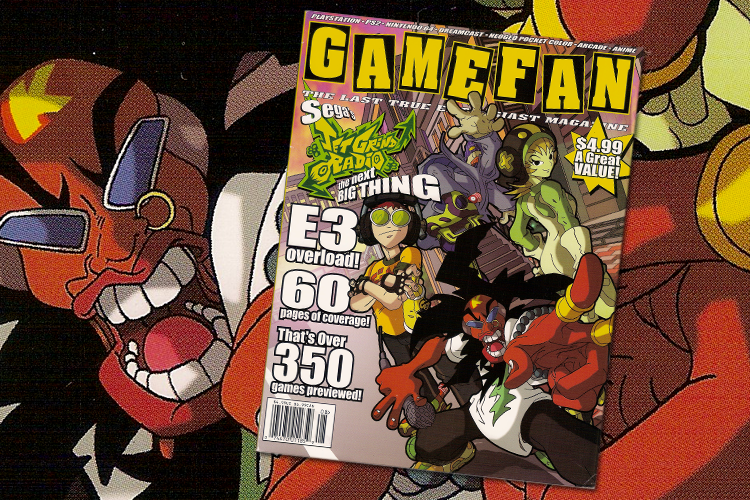 As Smilebit Month comes to an end, we crack open one more classic magazine for a look at what gaming journalists thought of a SEGA classic. GameFan magazine was quite a unique publication at the time. From 1992 to 2000, GameFan not only covered general gaming news, but also anime, manga, and featured extensive import coverage. It really was the perfect magazine for gaming fans who were also steeped in anime and importing the latest and greatest RPGs and generally more off the wall titles. So, of course, it was only fitting that SEGA’s Jet Grind Radio received the GameFan cover treatment for their August 2000 issue and had a four page preview and interview with the then unknown Smilebit team.

Before we crack open the magazine, I should make special note of the awesome cover art and who drew it. There is nothing I love more than a gaming magazine cover featuring new original art of a classic series I love, and there is no artist I like more than Patrick Spaziante. So imagine my surprise when I opened GameFan to check the credits page and it turned out that this awesome Jet Grind Radio cover was drawn by Patrick Spaziante himself! Spaziante, who goes by the name “Spaz”, is best known to SEGA fans as the long running cover artist for Archie’s Sonic The Hedgehog comics. But he wasn’t tied to Archie, often doing art for Marvel and video gaming magazines back when they allowed for such awesome cover art. As my gift to all the Spaz fans out there, enjoy the highest resolution version of this cover that exists on the internet.

Alright, Spaz gushing over, let’s take a look at the magazine! 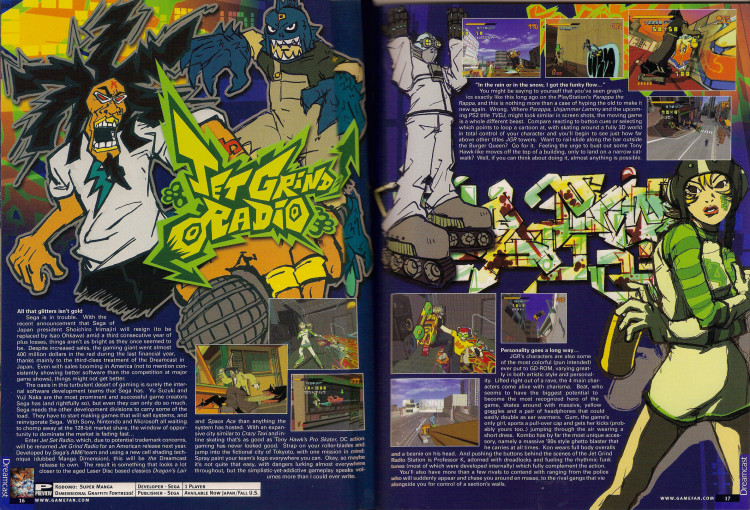 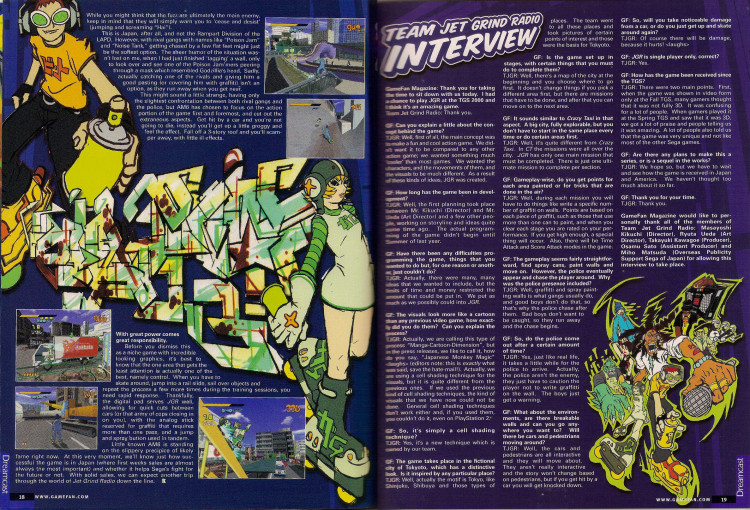