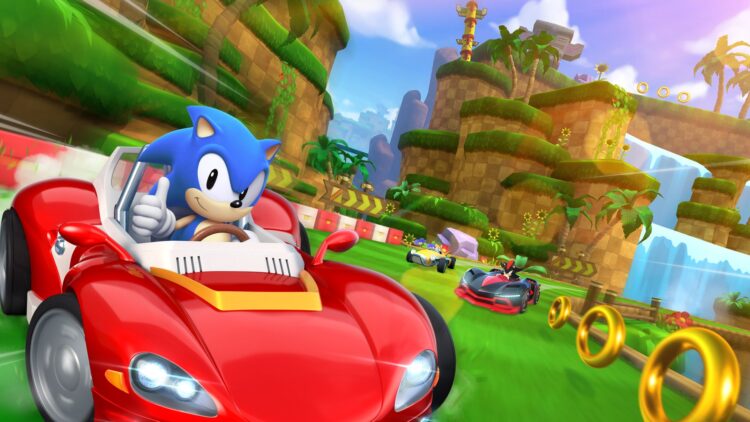 Just a few days ago, we mused on Twitter about how the promised Classic Sonic content announced back in June for Sonic Racing, the Apple Arcade version of Team Sonic Racing, was nowhere to be seen. Either a SEGA HARDlight staffer saw our tweet and realized they needed to get to work OR (more likely) it just so happened to be that today was the day they planned to debut the new content. Included in the new content is Sonic in his Sonic Drift car, the Cyclone, as well as new Green Hill tracks and new music!

You can check out the content now on Apple Arcade, but no word on any new content for Team Sonic Racing for consoles.