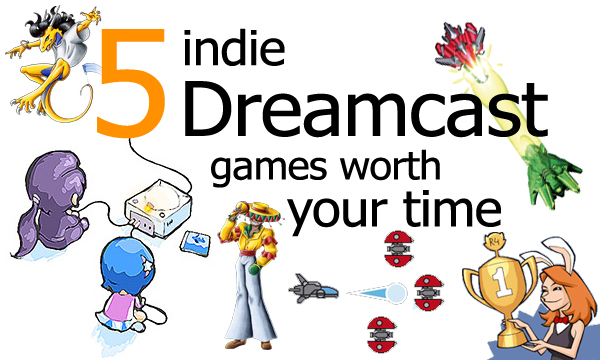 On the surface, Cryptic Allusion’s Feet of Fury looks like a DDR clone, but it’s not. Feet of Fury places a far stronger emphasis on player combat, allowing players to use items to help themselves and hinder their opponents. Item effects include adding arrows to your opponent’s screen, causing their arrows to wave around wildly, speeding up their arrows, adding health to your meter, etc. While the music included on the disc is in no way popular or recognizable, the 22 tracks from unknown music artists are great. What more, if you tire of the included tracks, you’re able to burn your own swap CD by following the instructions in the manual or on the official website. The icing on the cake is that not only can the game be played with the standard controller and dance mats, but you can also play a fully fleshed out bonus game called Typing of Fury with the Dreamcast keyboard. Think Typing of the Dead meets DDR. 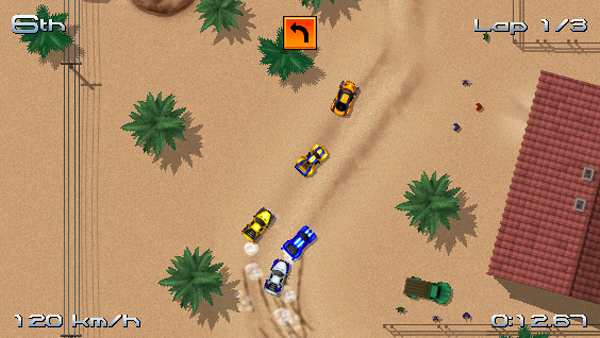 Released by Senile Team, Rush Rush Rally Racing is a top down racing game not unlike Micro Machines for the NES. Like Micro Machines, the game is difficult but a lot of fun. Modes include single player and multiplayer, however far more content can be found in the multiplayer mode. Knock out, battle and straight up races with up to four players makes for some very fun and hectic games. The graphics are colorful and the environments feature a number of cool touches (cows complete with mutilation when hit, flying saucers, unfortunate pedestrians). Aside from the multiplayer, the highlight of the game are the animated intros and music. The two disc deluxe edition comes with a soundtrack and stickers and has been marked down to $30 at the time of this article, and is well worth the discounted price.

Believe it or not, it’s better than…
a good number of other racers on the Dreamcast. There is nothing else like R4 on the Dreamcast, and you’d be better off avoiding official releases like Dave Mirra Freestyle BMX, Spirit of Speed 1937, Ducati World Racing Challenge and Jeremy McGrath Supercross 2000. Basically any of the cheap N64/Playstation ports. 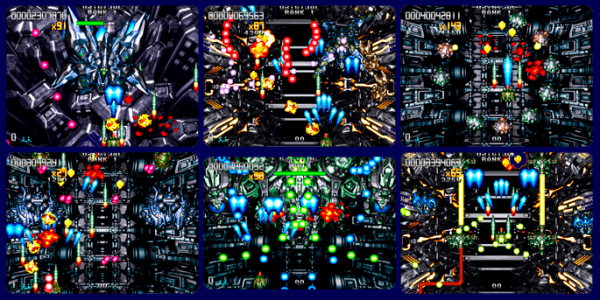 The most recently released indie game on the list, Fast Striker is an excellent shmup from NG:DEV.TEAM. While I’m a novice when it comes to shmups, I instantly got into playing Fast Striker. The wide range of gameplay modes allowed me to take the “Can I play, Daddy?” easy route first to get a handle of the game and see as many levels as I could, and then harder modes allowed me to really play with the different weapons and combos. Vertical shooters have always been my preferred orientation, and unlike most past indie shmups, Fast Striker is just that. The ability to put your scores on the NG:DEV.TEAM site via a code is also a nice way around many Dreamcasts being stuck offline. Fast Striker is well worth the $40 price tag. Oh, and the music is great.

Believe it or not, it’s better than…
most other indie Dreamcast shmups, at least in my opinion. The game is far more forgiving and yet still retains those hardcore difficulty modes. Win-win for casuals and hardcore gamers. Also, the price is far more affordable than many official Dreamcast shmups, which skyrocketed to high collector values. Rather than spend $80 on Ikaruga, get Fast Striker for $40 and pick Ikaruga up on XBLA for $10. You save $30 and get two great games! 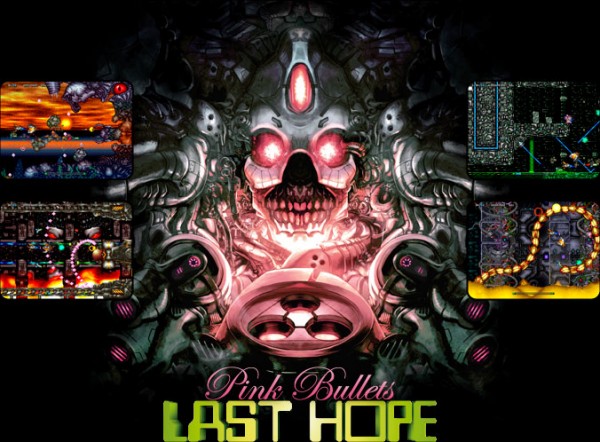 Also developed by NG:DEV.TEAM, Pink Bullets is an update to Last Hope, also released on the Dreamcast. Pink Bullets features a number of tweaks, the most important being better viability of enemy attacks (the pink bullets) and a far more forgiving easy mode. Last Hope Pink Bullets is a nice accompaniment to Fast Striker. While Fast Striker is a vertical shmup, Last Hope is horizontal left to right. Weapons are far more creative and enemies and environments are crazier. While not as casual friendly, the excellent music, varied environments and frantic gameplay will keep you coming back again and again even if you are getting your ass kicked.

Believe it or not, it’s better than…
the original Last Hope, obviously, but in some areas it is also better than Fast Striker. Namely the atmosphere and weapons. The game can be found for $40 to $50, which is far cheaper than many official Dreamcast shmups. Like Fast Striker, outside the expensive Neo Geo MVS carts, the Dreamcast is the only place you can play the game. 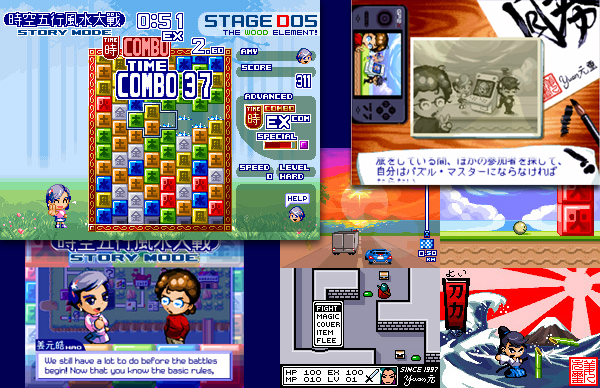 I saved the best for last. Wind and Water Puzzle Battles, developed by Yuan Works, is by far my favorite indie Dreamcast game and is easily one of my top ten Dreamcast games. Why do I love it so much? Well first off is the amount of care and attention that went into the game. The artwork and sprite animations are detailed and varied, the music is great and the gameplay is deep, addictive and is spread over more modes than an indie release deserves. Essentially, Wind and Water is a puzzle game that involves player rotating diamonds of colored blocks to clear them from the grid. Think Tetris meets Bejeweled, but with it’s own original spin. Once you get into a game, there is a lot going on. Chains, combos, special blocks, etc.

To top it all off, the game’s main feature is an awesome story mode complete with crazy characters and a Super Mario World-like map. Tons of different items and behind the scenes goodies can be unlocked and the regular puzzle modes are broken up with funny character dialogue and a collection of micro-games. At $13, every Dreamcast owner should pick this up.

Believe it or not, it’s better than…
Wetrix+, The Next Tetris, Q*bert and some other official Dreamcast puzzle games. I’d place it on par with Chu Chu Rocket, which is a great compliment for an indie release.

11 responses to “5 Indie Dreamcast Games Worth Your Time”