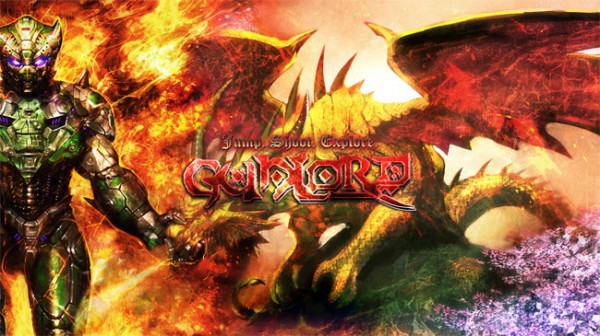 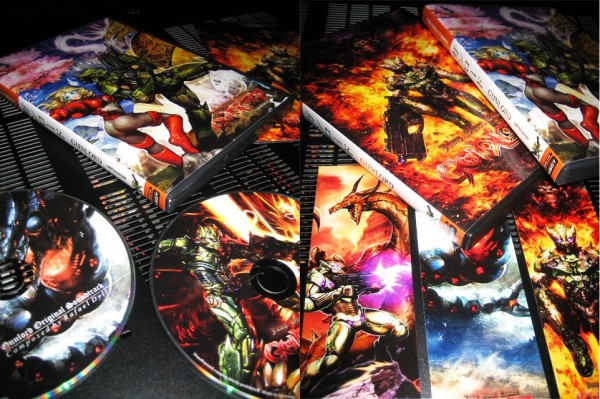 NG:DEV.TEAM really gets that a large part of video games are the box art. I mean, yes the quality of the game itself is very important, but ask any gamer from the 80’s and 90’s about opening a brand new game back in the day and they’ll tell you that it was a thrill to take in the cover art, to pop open the case and page through the manual. Even cart/disc art was a treat. Gunlord has the best art I’ve ever seen for an indie Dreamcast title. The cover itself has two variations: the standard and special edition versions. The manual is full color and contains even more amazing art, and the discs are even adorned with full color art. Really a fantastic package. Compare this to some big budget current gen titles, Gunlord makes most games look like crap on a shelf. 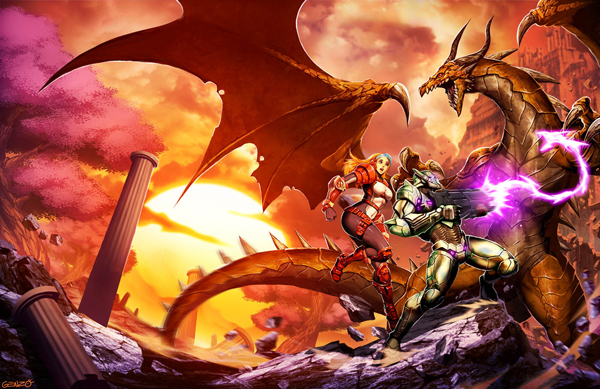 Okay, so you DO shoot things up, and there ARE brief side scrolling spaceship shoot ’em up segments within the game. However, Gunlord is NOT a shoot ’em up. It’s much more akin to a action-adventure platformer like Metroid. You run and jump and move all over the map shooting and dodging enemies in an effort to make it to the boss. The game does not force you to move from left to right, and you’re free to explore at your leisure (if you consider enemy filled stages leisurely). I know that some indie Dreamcast fans wanted a break from the constant spaceship shoot ’em ups, and Gunlord is just that.

So I said it’s not a shoot ’em up, yet I’m showing off a shoot ’em up section of the game. What gives? Well, despite being mostly an action-adventure platformer, Gunlord does mix things up by throwing shoot ’em up stages at you, but they are welcomed! Stage one of the game is rather lengthy, allowing players to try out all the Gunlord’s abilities and to get accustomed to the gameplay. But when stage two kicks off, the Gunlord hops into his ship and you get a fun, and brief, shoot ’em up segment. Don’t worry, it’s pretty easy and quite quick, but it’s a fun diversion.

It Has Many, Many Weapons 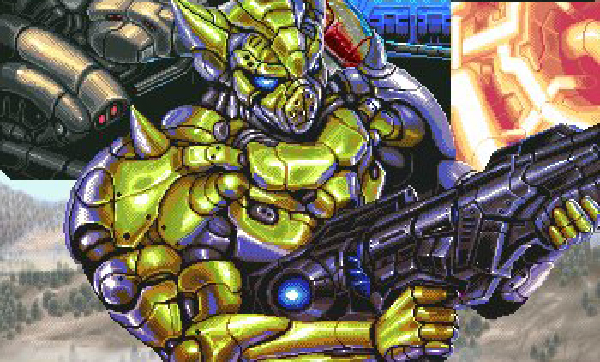 One of the major gameplay strengths of Gunlord are the many ways in which you can shoot your way through the stages. Stages are filled with various power-ups, some lying in corners, others within Super Mario Brother’s like floating boxes. Before obtaining power-ups you have your standard shot and a proton weapon not unlike a Ghostbusters proton pack. The proton beam can only be used for short periods of time before it loses its charge, but it charges back up when not in use. The standard gun shoots a weaker bullet with a wide spread, but via power ups you can fire off massive bullets, bullets that bounce when they hit walls and bullets that resemble a wall. Basically, you’ll be pretty far into the game by the time you sort out the many power-ups. 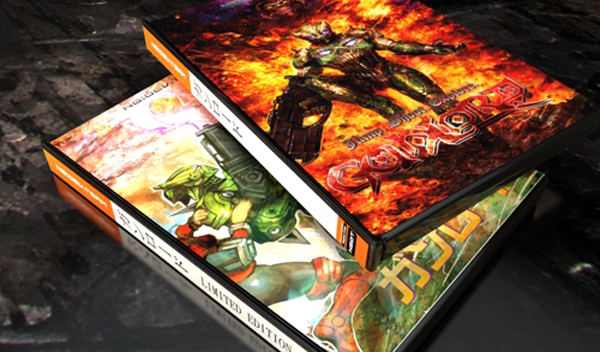 Unlike a number of older Dreamcast titles, Gunlord can be had for a reasonable price: $40 plus shipping for the standard version, $50 plus shipping for the limited edition which includes the soundtrack (which would be the sixth item on this list had this been “The Weekly Six”). Given that this is a new title, that it is a good game, that it is a genre not represented on the console, and that a lot of effort has been put into the packaging; I’d say it’s well worth it. Dreamcast gets a new game, you get another reason to play the Dreamcast. Win-win!

SEGA Five: How to be the best Dreamcast collector that you can be
Dreamcast GunLord Indie Dreamcast NG:Dev.Team The Weekly Five

6 responses to “The Weekly Five: Why Dreamcast fans should be playing Gunlord”