Updated 22/Feb: NG:Dev.Team has confirmed this promo is made, but they found it cool as well. 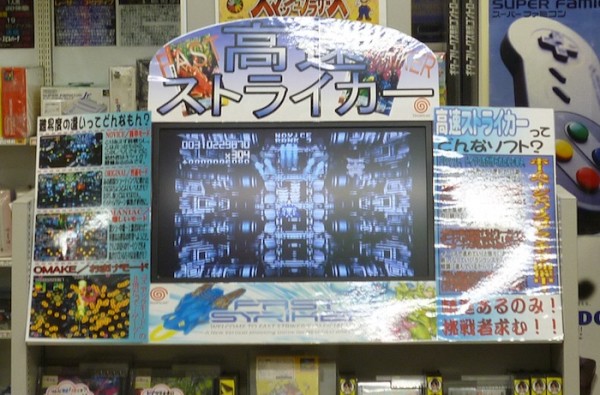 Feast your eyes on the first post GD-Rom Dreamcast Promo

Reported by Dreamcast-Scene yesterday. Certainly something you don’t see everyday. This is a photograph taken by Shumps.Com forum member ‘Rancor‘ in a retail videogame store featuring a large poster with info on the game, and an lcd monitor displaying what we can guess to be the trailer. This is probably the first post gd-rom era Dreamcast game to be promoted in a retail store, and I doubt it will be the last.

What I find intresting is the Dreamcast logo’s featured prominently on the promo; NG:Dev.Team or any other indie publisher all have been careful enough to never use any SEGA copyrighted material. Either NG:Dev.Team has earned approval from SEGA, or this promo is made by a die hard Dreamcast fanatic who wants to promote the game and SEGA’s last system. We have contacted NGDT for more information, for now this is filed under fan made.