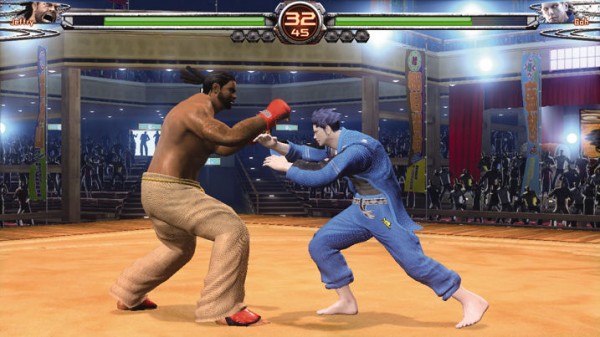 Sega is offering up a contest for people who’d like to have some input in the upcoming game “Virtua Fighter 5: Final Showdown”  for X-Box LIVE and PSN. In the contest, you’ll be able to put a new name on your favorite fighter and even come up with his catchphrases which will then be put into the single player mode. There will be many chances to win and you can do as many submissions as you like! Read on for more details.

Virtua Fighter 5 Final Showdown is headed to PlayStation Network and Xbox 360 Arcade and this summer 2012 we’re giving you, the fans, a shot at adding in your mark on the upcoming game! The challenge: name opponent characters that appear within a special single player mode! Get creative, enter as many times as you like, and you could have your characters in a Virtua Fighter game for all time!

The name of your Opponent – This name can be anything you like (up to 16 alpha-numeric characters only, spaces included), but it must not be something you don’t own the rights to. Be original!
Your Opponent’s tagline – Your battlecry! It can be two lines of text (alpha-numberic only) and up to 20 characters per line.
Your Favorite Virtua Fighter Character – Let us know which specific character this applies to, if you have one in mind. We can’t make any promises, but we’ll do our best to match your name and tagline to an appropriate fighter.
Enter by January 31st – It’s a quick turn around, so get cracking and send us your opponents!

Enter as many times as you like! – You have multiple chances to win.

Check the Sega website for full details and where to enter.