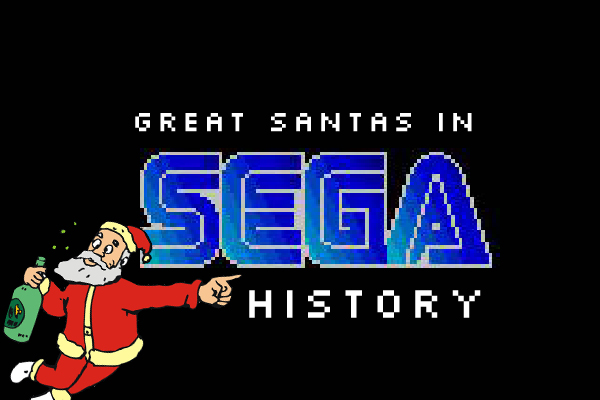 Consider this a SEGAbits exclusive: Santa is real! Yes, as it turns out the annual gift giver is the real deal. All those Santas we see at malls? They’re just the middle men. They’re the guys that report to the real Santa. How about all those variations we see of Santa in the media? This is a marketing effort on the real Santa’s part to keep his image alive. Proof of this exists everywhere, but today I thought I’d highlight five notable Santas in SEGA history. After the break, we reveal our Claus. 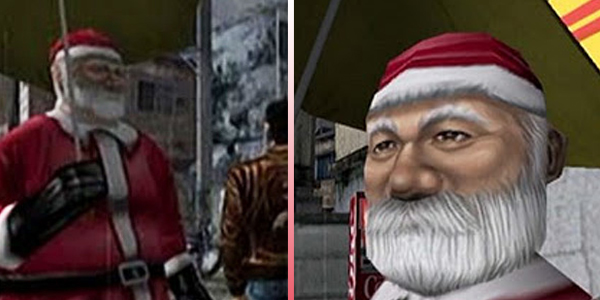 Appearing only during the Christmas season and found roaming the streets of Dobuita, Santa Claus reminds holiday shoppers that the local shops have some some great deals. For example, did you know that EVERYTHING is on sale at Kurita Military Surplus? This would be a helpful holiday tip, however Ryo can’t buy much aside from lighters and capsule toys. At the 3:50 mark in the video below you can witness a wide-eyed Ryo encountering Sale Claus. Forgive the video maker’s annoying commentary: 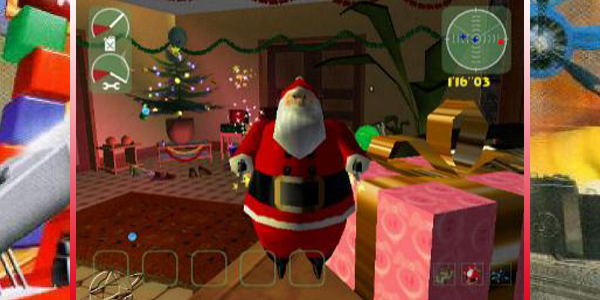 Santa can be a friendly guy, unless he’s the Santa in the Official Dreamcast Magazine demo disc exclusive “Toy Commander Christmas Surprise”. Dubbed by some as the Christmas NiGHTS of the Dreamcast, “Christmas Surprise” features a brand new holiday mission in which a hovering Santa delivers presents while being protected from evil toys by a car and a fighter jet. Santa doesn’t dole out the damage, it’s not in his nature, but he’s happy to let his helpers shoot shit up to clear the way for his holiday cheer. Check out the intro to the demo below: 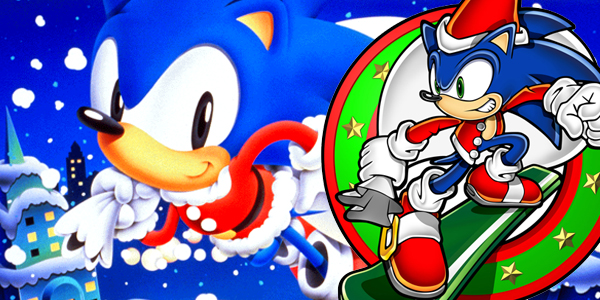 Santa Sonic may not have appeared in a game (though Sonic does don a holiday outfit in the multiplayer mode of Sonic Adventure 2), he is very well known in the world of promotional SEGA art. Sonic has worn a Santa suit since the classic era, and has carried over this tradition during the Dreamcast years through to today. Modern Santa Sonic has gone a bit more extreme, trading off his rooftop leaping for a snowboard. Still, the same spirit remains and new Santa Sonic promotional art is always appreciated. Perhaps we’ll see classic and modern Santa Sonic team up? 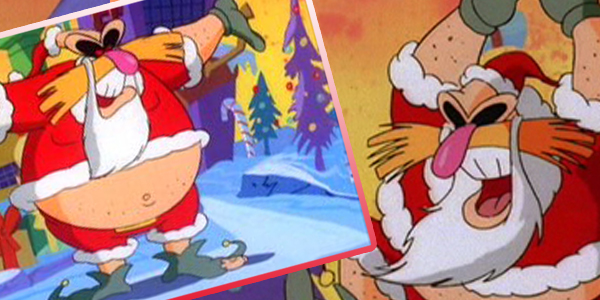 Anything Sonic can do, Robotnik can do better! In the cartoon special Sonic Christmas Blast, Robotnik kidnaps the real Santa and replaces him with a robot that announces the old Santa’s retirement. Santa’s replacement? Robotnik of course! Assisted by elves Scratch and Grounder, Santa Robotnik decrees that the tables should turn. Instead of the kids getting gifts, the kids should give Robotnik Claus gifts! Seems only fair. Shame that Sonic and Tails stop him and rescue the real Santa. Oh well, Robotnik’s run was good while it lasted. 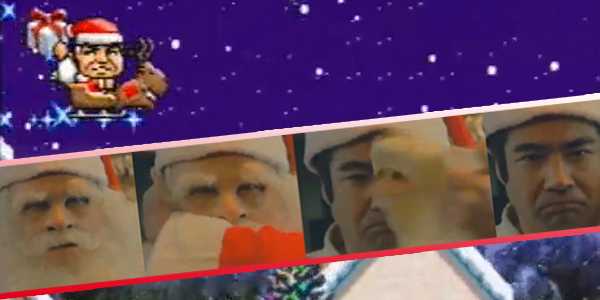 This wouldn’t be a proper best Santa list without Saturn spokesman Segata Sanshiro’s take on Santa. Using his Santa disguise to infiltrate people’s houses, Segata Claus delivers the SEGA Saturn, whether the kids want it or not. If they don’t want it? I’m sure a painful, but loving, headlock would be in order. Not only did Santagata appear in a commercial, but he also appeared in a sidescrolling gift tossing mini-game in the cult Saturn classic Segata Sanshirou Shinkenyugi. The award for delivering all the Saturns on time? The commercial seen below!