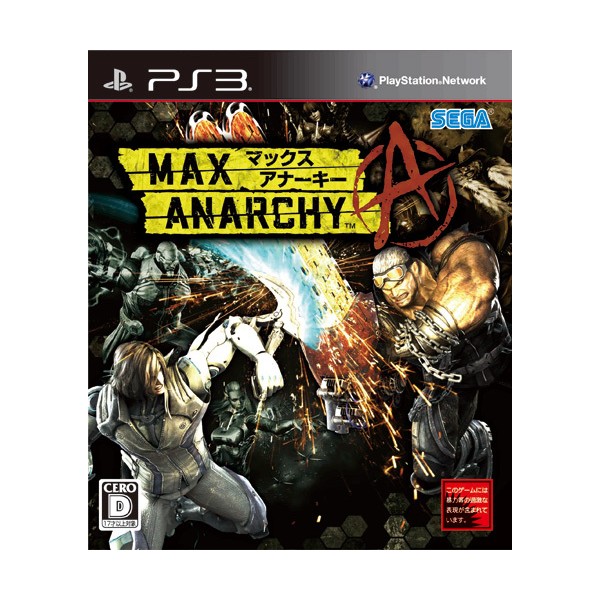 It’s localized and in full English. 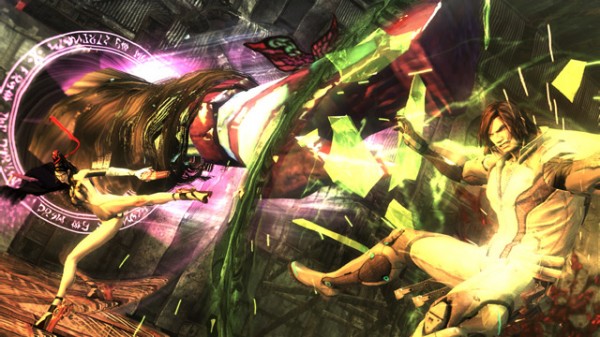 Max Anarchy/Anarchy Riegns was made for a worldwide simultaneous release. Because of that, Platinum Games made the game in such a way that it will automatically play in the language of your region when you put it in. You don’t even need to set it up in the options like in the demo. When you boot it up, the only Kanji you’ll see is at the very beginning of the game before the title screen. Everything else is in full English including the voice acting. Hell, the game even refers itself as “Anarchy Reigns” at times and even has full English trophies/achievements. Even more proof that this game was ready to go. I wouldn’t be surprised if Sega had a stockpile of the western versions just sitting in a warehouse right now waiting for 2013. 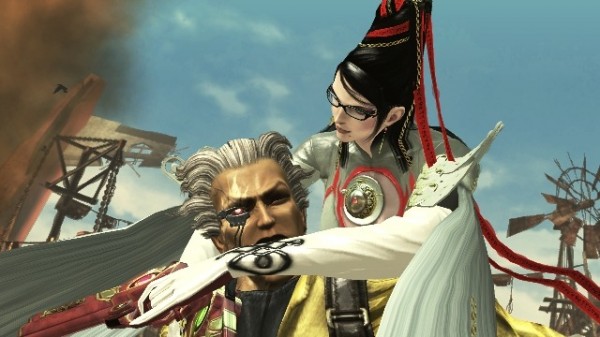 She’s one of the main reasons I didn’t wait for 2013. I love Bayonetta and frankly, who doesn’t? She’s one of the best characters Platinum Games has ever made. If you pre-ordered the game or bought it early, you got a DLC code so you can use her in multiplayer. The only little snag with this is that you have to put in the code in a Japanese account. If you don’t have a Japanese account, it’s fairly easy to do on a PS3 but a bit trickier on a 360 (it can still be done). The good news is the Bayonetta codes are still available. The codes were printed right on the package of first run copies of the game. Many import stores are still selling the first printings, but make sure to contact them first on whether they still have the codes or not. 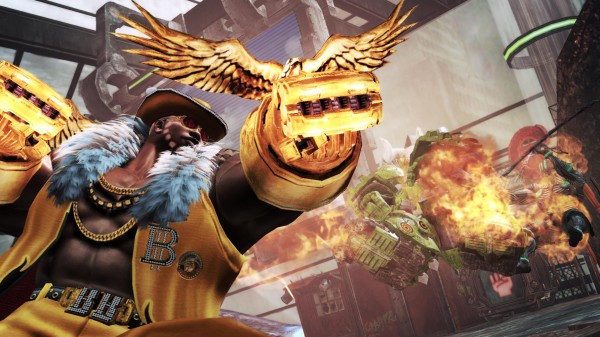 Anarchy Reigns has a ton of multiplayer modes to enjoy. Modes like team deathmatch, one-on-one cage match and survival (AKA co-op horde mode) just to name a few. So far the online has been as smooth as butter with no lag. Unlike most multiplayer games, you won’t be doing any camping. This is a brawler, so you got to get down and dirty. You’ll need to come up with some good combos too if you want to survive. Juggling your opponent, dodging and weaving and timing your heavy attacks are key. Just ask Nuckles87 after I kicked his ass in 3 out of 4 cage matches. With a good amount of modes and characters to unlock plus a ton of leveling up, you’ll be playing multiplayer long after the campaign is over. BTW, if you want this game for multiplayer, I’d recommend the PS3 version as it sold far more copies in Japan than the 360. You’ll probably have more players to go against that way. 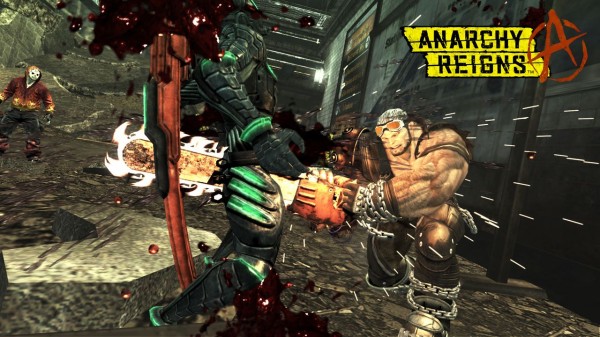 For those who may not care for multiplayer, the single player campaign has a solid story mode with two campaigns (lasting about 4 hours each), black side and white side.  In black side, you play as Jack Cayman from the ultra-violent Wii game Madworld. In white side, you play as BPS cyber mercenary Leonhardt Victorion. Both are going after the same man (Max Caxton) for different reasons, but end up butting heads with each other a few times. The campaign takes place on five large maps with six missions on each map. Some are free missions that are not required but help you get points towards the story missions which are required to help the story progress. Without turning this into a review, I will say the game feels like the 16-bit brawlers of old while still having that next-gen edge. If you’re looking for a game with that Final Fight/Streets of Rage feel to it, this will be right up your alley.

You can play it now! 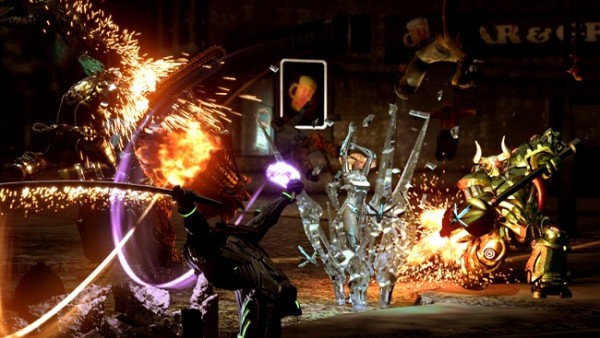 If you’re really excited for this game, why wait 6-9 months for Sega to finally release it outside of Japan when you can play the game in its full, localized glory right now? It’s in full English (or Spanish, or Italian or French), the online multiplayer works great and if you hurry up and get the first print copies, it’s got Bayonetta! So what are you waiting for?!

Oh…it’s kind of expensive to import and you’d rather wait to save money and there may be some more DLC content by then? Well fine, Mr. Cheapy Pennypincher! You go ahead and wait! Meanwhile, I’ll be kicking some mutant and cyberhuman ass with my double chainsaw. It’ll be interesting to see all the newbs fight the level 50 players come 2013. I’ll tell you this Sega, if you add some more Platinum characters like Sam Gideon from Vanquish, I may just double dip!

11 responses to “Weekly Five: Reasons why you should import Max Anarchy/Anarchy Reigns”