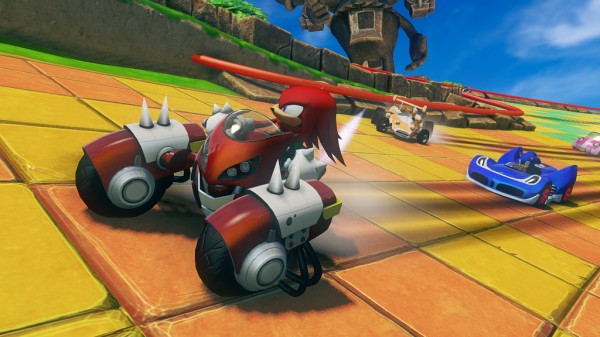 For the past two weeks, gamers and SEGA fans have been plagued with a broken All-Stars Racing game on Wii U thanks to Nintendo’s forced patch to make the game online playable (which every launch game had to have). It broke what was working fine (I played it pre-update) and caused problems with boost challenges, getting the final racer in “World Tour” and heavily affected online arena matches causing them to crash. It even effected my review grade for the WiiU version of the game. Sumo Digital sent out a patch last week and it has finally been approved in the U.S. After playing some online and local, plus checking other forums, I have found out that not only are the boost challenges fixed, but online arenas work fine now and there’s been a bit of a boost in frame rate in some areas, especially local split screen. If there’s still some bugs, I’ll update on it later. Now, time to test this bad boy out and change my grade.