I couldn’t write about the first game’s soundtrack without looking at the song ‘Flight‘ (which we covered before), which really does give the sense of excitement and adventure. A very beautiful track that doesn’t get credit enough by mainstream retro gamers. Violins and trumpets mix amazingly well and great laid out drum track makes this one of my favorite SEGA tracks of all time.

The track ‘Sudden Change‘ is just that, a huge change of pace in the music. This is more faster tone music that has more in common with rock then it does the other two tracks shown in this soundtrack.

Panzer Dragoon also had a really fantastic track for its ‘Staff Roll‘. This is possibly one of the few times that I sat through the credits after beating the game and actually wanted it to go on longer, just because the track was so great. Its epic, haunting and overall a classic.

The last track we are looking at is ‘Departed Spirit‘ and its probably a good chance to say that the composer for this soundtrack, Yoshitaka Azuma, passed away on October 11th, 2012. While death is sad, he will truly live on in all our hearts through his music. He will be missed and its sad to see legends like him go. 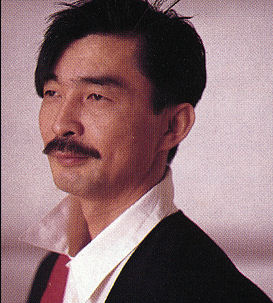 What is your favorite tracks off of the first Panzer Dragoon soundtrack?