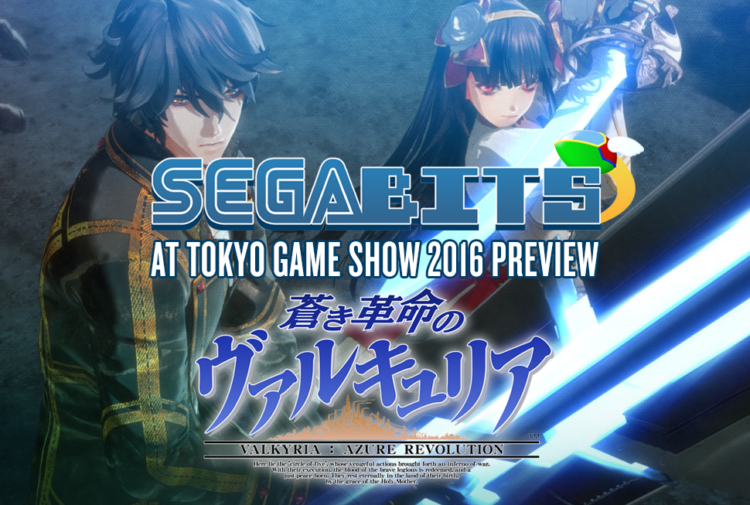 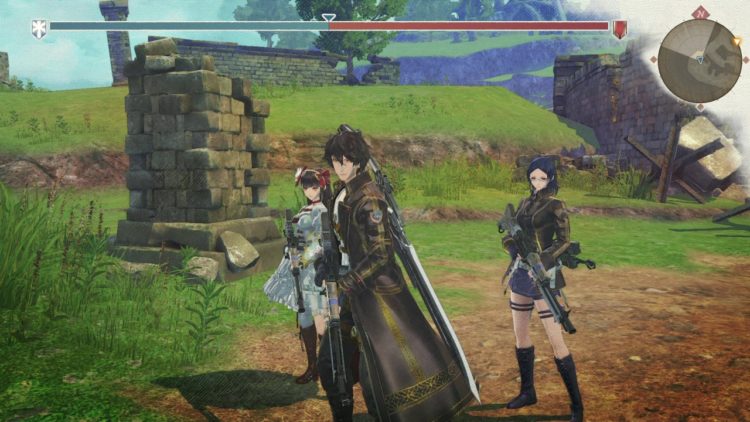 Controls seem quite in depth, with a large range of options available to the player. I found that it was simple enough to get a grip on the basics, even though the demo itself was wholly in Japanese. The game plays much more like a traditional action RPG rather than a strategy RPG like the previous games in the franchise. You can move freely (no stamina bars or ‘turns’) and can attack with a canned ‘combo’ animation at any time. Characters can also equip their ‘side arms’ (guns) for a limited use of ranged attacks, and use items such as grenades or the usual healing spells. So far, so standard, but you can also issue commands to your squad mates as well as control them directly (although I wasn’t able to explore these options too much in demo, but more on that later). The combat is all real-time now, so when you switch control to another team-mate, the CPU will take over the other characters.

While the concept sounds interesting, in practice the game play left me very disappointed.

The game gives me the impression that the majority of combat will be melee centric, but your close range attack options are very limited. Pressing the circle button results in the previously mentioned three hit combo, and that’s really all there is to it. For a game that is based on melee I was expecting some more depth and variety, but I didn’t find any in Valkyria: Azure Revolution. Even the often criticised combat of the original The Witcher game had considerably more depth. Having to wait out the same three hit animation each time you pressed the attack button felt very clunky and slow. 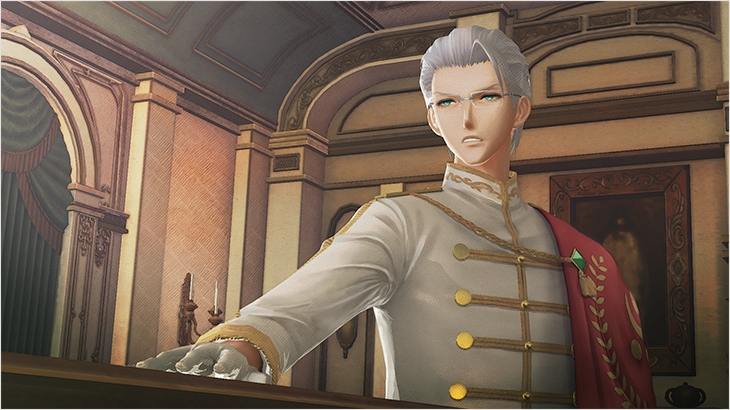 Your side-arms felt like a tip of the hat to the original Valkyria Chronicles, although it felt very situational in this game. In fact, the only time I was prompted to shoot was in an ‘ambush’ style attack on a group of enemies where I was instructed to shoot some red barrels (which exploded and killed a number of enemies. Shock, horror.). In a nice touch, the four characters all had different guns available to them, with one having a rifle and at least one carrying a rocket launcher weapon. I tried using these in combat as well as the ambush, but they seem to be better reserved for when the enemy can’t see you, and I imagine it’ll be used for a couple of planned set-pieces. Unlike Valkyria Chronicles, there wasn’t any reload or accuracy mechanics that I could see, rather it was just point and shoot with limited number of shots.

In terms of items, characters had access to grenades as well as healing ‘potions’. Pretty standard fare here, and another step in the direction of your typical action RPG.

The last aspect of combat I wanted to touch on is the ‘Direct Command’. Unfortunately I only have a tenuous grasp on Japanese, so I couldn’t really fully make use of this feature, although I expect it to work much like setting roles (Ranged attack, casting, etc) or ‘stacking’ commands a-la Knights of the Old Republic. Potentially this could add some extra depth to the combat, although the CPU controlled characters seemed to fare pretty well on their own. 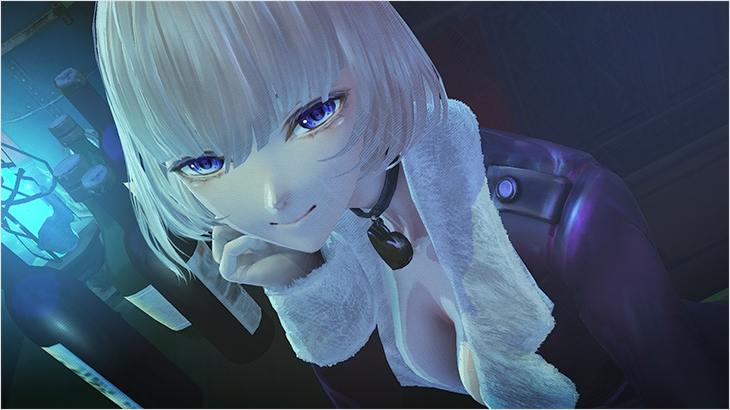 Although there seems to be a range of options available to the player, I found myself having success with just slowly pressing the circle button (waiting for the three hit canned combo to finish each time) and cutting through swathes of enemies that vaguely look like the baddies from the old Valkyria games. Against the boss, a giant mechanical spider thingy, I tried using one character’s rocket launcher, but it seemed to have no great effect.

I think this is the crux of the issue I had with the boss fight, there didn’t seem to be any real interesting hook or lesson to be learned while fighting it. It was just a baddie with more health than the others. This isn’t so bad if the combat is fun and varied, but in this game it’s just pressing the circle button and watching the same combo over and over.

I don’t want to judge the game too early, RPGs are best played in a long stretch where you can really sink your teeth into the mechanics and explore. This is something a trade show doesn’t really lend itself well too. I’m sure there are things I missed due to the language barrier and having to ‘rush’ through a demo in the time limit allotted while standing up with headphones on. A far cry from sitting on the couch with all the time in the world and manuals, cut-scenes and tutorials to explain the finer details to me.

As it stands though, the game did feel very dull. With a strange mix of action, squad combat and item/shooting it felt very much like a game that’s trying to be too many things for too many people. It was most noticable for me when I realised you can ‘take cover’ behind sandbags or crouch in tall grass. This felt like a direct throw back to the original Valkyria, but I struggled to see it’s purpose in an action, melee focused RPG like this one. It came across as very much like a token gesture to win over fans of the original who probably don’t see a lot in this game to draw their attention apart from the name. 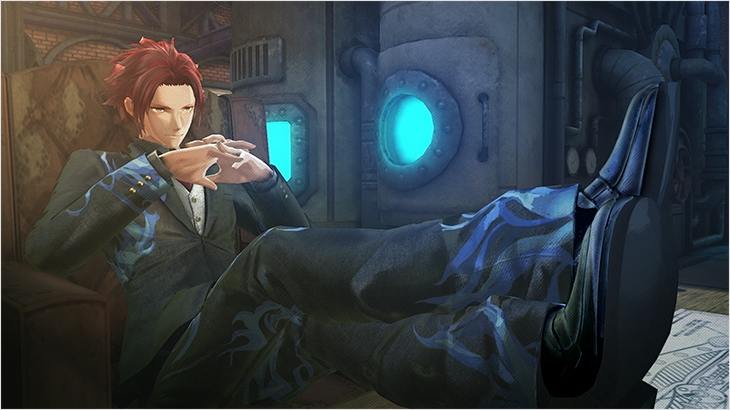 In terms of graphics, I’m sorely disappointed. The original game had a beautiful art-style and unique direction that made the game look like a moving watercolour painting. More importantly, the world, character costumes, and machinery and weapons all evoked a focused sense of World War I. This game by comparison feels like a strange melding of generic JRPG with some Valkyria assets slapped on.

On a technical level, the graphics don’t impress. The attempt at recreating Valkyria’s artstyle looks like a poor filter in comparison to the first game. The character designs are completely uninspired and unoriginal. We have the protagonist with a leather suit of zippers and belts carrying a comically large sword. A princess who’s wearing a ball gown on the battlefield for some reason with a dainty sword. A magic user, who looks exactly like you’d imagine, wand and all, and a burly guy who carries an axe, because what burly JRPG character doesn’t carry an axe? Gone are the tanks and battleships from the previous games, and we now have giant robotic insects in their place. It really loses all the charm the previous games and replaces it with what feels like a Frankenstein’s monster of focus group results, or misguided imitations of other popular games.

I don’t want to comment on the music, as the environment we played in wasn’t really doing it any favours (a loud show floor), although I don’t recall any particularly memorable tracks or sound design. 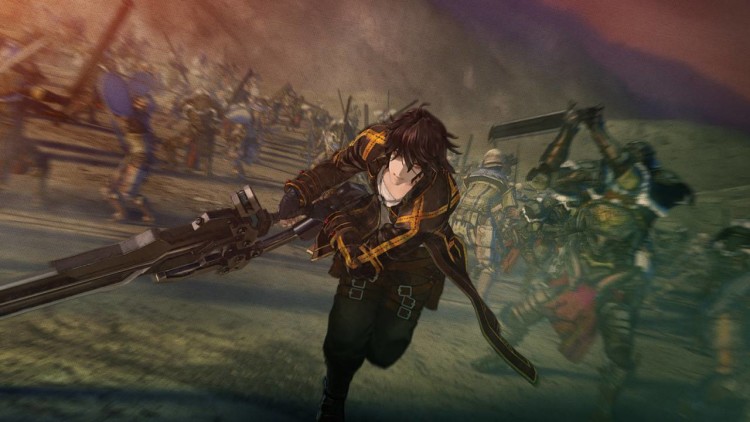 If you can get past the odd art direction of the game, I think that the gameplay has potential to be interesting, although it’s going to need to overcome a lot of hurdles first. There is no denying that it still feels clunky and the melee isn’t much fun. There were even a few reports of slow-down and the game freezing up where character’s couldn’t move at all. I my character unable to move a few times during the boss fight, but wasn’t sure if there was a hidden stamina meter or something I had missed. Either way, it’s a worrying sign for a game that’s due for release quite soon.

Fans of the previous games looking for something remotely similar need not apply. This is not Valkyria Chronicles in any way, shape or form. For fans of action RPGs however, there may be something here for you. Approach with caution, but there’s some potential underneath a very rough exterior for some interesting mechanics, but will be enough in a world that has a glut of very competent action RPGs already available?