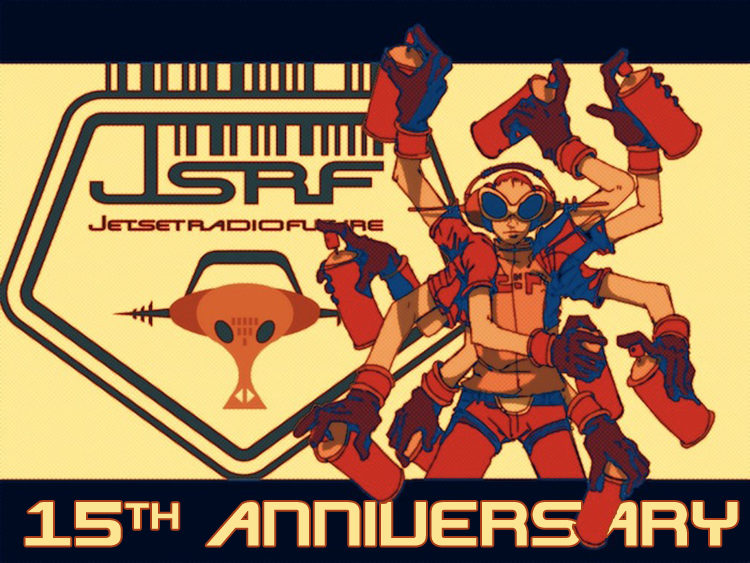 Aside from the cell shaded graphics, which were lovely then and still are now, the music was another standout. Old favorites Hideki Naganuma, Richard Jacques and Deavid Soul returned along with newcomers like The Latch Brothers. Classic tunes from the original game returned with fresh and funky remixes, like Naganuma’s “Let Mom Sleep” remixed by Jacques and Guitar Vader’s “I Love Love You” remixed by Naganuma. New classics were introduced like Naganuma’s “Fly Like a Butterfly” and Jacques’ “What About the Future”.

The game was and is a true delight, and even fifteen years on you will still encounter gamers who just recently discovered the game and love it just as much as those who played it on release (for three days straight in my case). So let’s all raise our spray cans and toast Jet Set Radio Future on 15 years!

Want to learn more about Jet Set Radio Future? Check out these features: