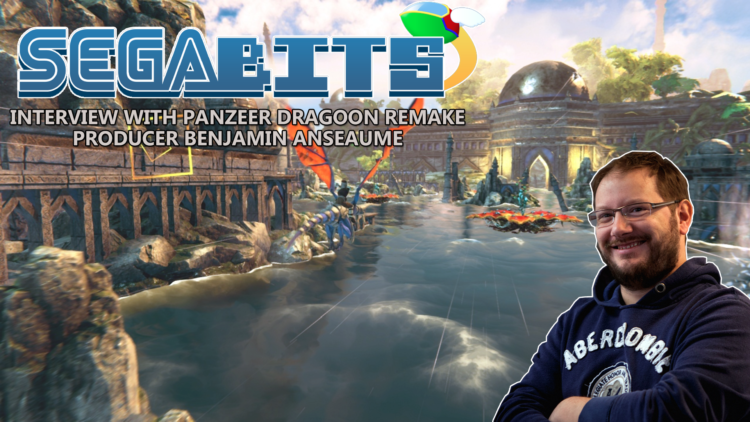 END_OF_DOCUMENT_TOKEN_TO_BE_REPLACED

Game developer Kiyoshi Okuma joins us on this episode of the SEGAbits Swingin’ Report Show podcast to discuss his work on N64, Dreamcast, PlayStation 2, Xbox and PC games. Kiyoshi has worked on games that include World Series Baseball 2K2, Gauntlet Legends, The Sims 2 as well as the upcoming Strike Blazinger!

M2 might be a familiar name for SEGA fans out there. Indeed, this modest development studio has worked with SEGA for more than a decade helping to bring their older titles to modern system, from the “Complete Collection” installments in the SEGA AGES 2500 series to the SEGA 3D and SEGA AGES series on Nintendo’s more recent systems. But their history goes far back, from their modest days of porting games such as Gauntlet and Gunstar Heroes back in the 90’s. The YouTube channel My Life in Gaming has recently done an interview/retrospective with key staff members such as M2 CEO Naoki Horii and Chief Programmer Tetsuya Abe to talk about their personal experiences with working at M2, including the enduring relationship between SEGA and M2 and their general philosophy of adding something extra to these re-releases. The video itself is over an hour long, so there’s plenty to digest, complete with English subtitles for convenience.

If you liked the above video, maybe also subscribe to My Life in Gaming if you’re a fan of technical aspects of video games or retrospectives.

SEGA had a variety of games on display at this year’s E3, and probably the most interesting one (namely because we didn’t have a Japanese version to compare it to) was Team Sonic Racing. Our E3 reps got a chance to demo the game as Omega from Team Dark and Sonic of Team… well, Sonic of course. Following the demo, lead designer from Sumo Digital Richard Acherki was kind enough to take a few minutes to answer some questions we had about the upcoming game.

END_OF_DOCUMENT_TOKEN_TO_BE_REPLACED

The SEGAbits Swingin’ Report Show is back with returning guest Chris Tang! Chris is a game designer and gaming tournament champion, and was recently inducted into the International Video Game Hall of Fame. SEGA fans know Chris as the winner of SEGA’s Sonic & Knuckles Rock the Rock competition in 1994, and before that Chris was a finalist in 1990’s Nintendo World Championships. Since then, Chris has worked on games at Atari and Capcom, including Gauntlet IV, Primal Rage, Street Fighter III, Rival Schools and Power Stone. Chris is also the yearly announcer for the Tetris World Championships and originator of the BOOM! Tetris for Jeff meme.

Currently, Chris is hard at work on Flight Armor Project: STRIKE HARBINGER (working title – subject to change), a new game inspired by classic SEGA titles like Space Harrier. The game combines the fast paced forward flying gameplay of Space Harrier with the RPG and combat elements of Phantasy Star while utilizing a unique arcade control structure that evokes Virtual On. The game is developed by HitSparks Games, and features the work of senior artist Kiyoshi Okuma, whose past work includes Gauntlet: Legends, World Series Baseball 2K2, The Sims 2 and Darkspore.

I sat down with Chris for an update on the development of Flight Armor Project: STRIKE HARBINGER, including the incredibly fun two player mode, and to discuss more of his past career, his work as an announcer for the Tetris World Championships and his recent induction into the International Video Game Hall of Fame.

After weeks of teasing, SEGA Forever was officially revealed to be a classic games collection initiative to bring everything from the SG-1000 to the SEGA Dreamcast to mobile platforms, with the big surprise being that all the games are free to play (with the option to buy). The collection kicked off with five SEGA Mega Drive/Genesis titles, including four emulated games including Altered Beast, Kid Chameleon, Phantasy Star II and Comic Zone, and the remastered Sonic the Hedgehog from Christian Whitehead. After playing the games and experiencing how the service works, we had a ton of questions for SEGA. Thanks to mobile games community manager Danny Russell, we received a speedy reply and every single one of our questions got answered!

Read on for our interview with Danny.

END_OF_DOCUMENT_TOKEN_TO_BE_REPLACED

Our E3 coverage continues with an interview with Sam Mullen, Senior Localization Producer of SEGA products at Atlus U.S.A., who has worked on Yakuza Kiwami and Yakuza 6: The Song of Life. We talk to Sam about these upcoming games in the Yakuza series and what both longtime fans and newcomers can expect.

Our E3 coverage continues with an interview with Aaron Webber, PR and Social Media Manager for Sonic the Hedgehog. SEGAbits swingin’ reporter Kori-Maru asks Aaron about the upcoming Sonic Mania and Sonic Forces, including questions about the recently revealed villains trailer and the mysterious Infinite.

The SEGAbits Swingin’ Report Show is back, bringing you an interview with Maarten Brands, CEO of Cook & Becker who is behind the upcoming Sonic the Hedgehog 25th Anniversary Art Book! In this, his first public interview talking about the book, Maarten goes into the history of the international art dealership Cook & Becker, how the SEGA partnership began and what fans can expect from the Sonic art book.

END_OF_DOCUMENT_TOKEN_TO_BE_REPLACED

SEGAbits attended New York Comic Con 2016 and had the opportunity to speak about Shenmue 3 with Cédric Biscay, president and CEO of Shibuya Productions. Cédric was kind enough to sit down with our own Kori-Maru to tell us how he got his start in the industry, what it’s like to work with Yu Suzuki and more!

On this episode of the Swingin’ Report Show podcast, Barry sits down with game designer and gaming tournament champion Chris Tang at the Galloping Ghost Arcade’s SEGA Week. SEGA fans may know Chris best as the winner of SEGA’s Sonic & Knuckles Rock the Rock competition in 1994, and before that Chris was a finalist in 1990’s Nintendo World Championships. Since then, Chris has worked on games at Atari and Capcom, including Gauntlet IV, Primal Rage, Street Fighter III, Rival Schools and Power Stone. Now, Chris is hard at work on a new game inspired by classic SEGA titles like Space Harrier and Phantasy Star. The game, titled Strike Harbinger, combines the fast paced forward flying gameplay of Space Harrier with the RPG and combat elements of Phantasy Star while utilizing a unique control structure that evokes Virtual On.

Strike Harbinger – developed by Chris’s company HitSparks Games – was revealed Saturday, April 30th at Galloping Ghost Arcade where I had the pleasure to meet Chris and the game’s Senior Artist Kiyoshi Okuma, whose past work includes Gauntlet: Legends, World Series Baseball 2K2, The Sims 2 and Darkspore. I also had the honor to be the first member of the public to play the game, and following that experience I chatted with Chris about his life as a tournament gamer, his career, and his plans for Strike Harbinger.