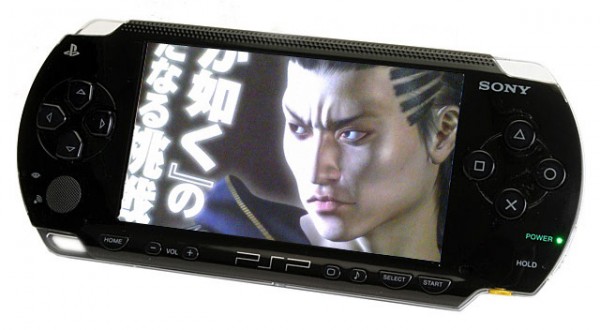 The contrast between first, second and third in the Japanese chart is particular large, Yakuza PSP doing a good 130,000 units more than second placed, although with Pokemon taking over 800,000 in sales, the difference between 1 and 2 is large enough to be a chasim in real life. Despite this, Black Leopard garned massive sales although if they do meet SEGA’s target is another thing, especially when you compare the sales of the other titles in the series first week;

So better than the original Yakuza but slightly worse than the other spinoff in the series Kenzan! and a large difference in sales between the rest of the Yakuza series. Despite this I do believe Black Leopard did fairly well as it happens to be a spinoff, without many (Or any?) of the major characters that make up the series. The intial shipment for the game is said to be around 240,000, so SEGA should be restocking stores with copies of the title as they try to carry on momentuam onto the next week.

One major factor to see how well this game will do may very well come down to the extensive marketing SEGA of Japan have employed with this title, a manga, TV drama and plenty of promotional items may mean this title will see legs closer to the original Yakuza titles than the one on the Playstation 3 which happened to be quite frontloaded. Although we will have a better indication of that from a month’s time, as even Yakuza 3 and 4 did showed strong sales in it’s first few weeks.

With Project Diva 2 having reached sales of over 350,000 and Black Leopard giving SEGA another 240,000 sales (In relation to shipment to retailers) SEGA have recorded close to 590,000 units of sales with just two titles, September ends soon and SEGA expects to have met it’s goal of 900,000 units in Japan and much of that will now solely depend on K-On!’s first week of sales and Black Leopard’s second week of sales. Additional sales though, especially of re-releases of titles, such as Project Diva and Bayonetta, may help SEGA to meet it’s target in Japan.

And that is it for another SEGA in the charts, next week will see another major release from SEGA, K-On! another title, thanks mainly to the popularity of the animation, which could see another 100,000 seller for SEGA and we’ll also see just how far down the charts Black Leopard will fall, until then!