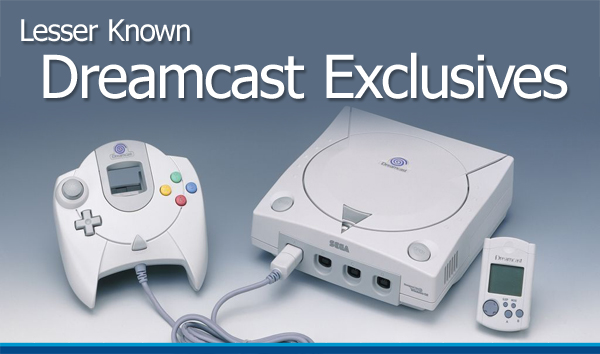 I make it no secret that I am a big time Dreamcast fan. It is the SEGA console I own the most games for (around 120 last time I counted) and every September 9th I take the day off from work to host a nine hour Dreamcast marathon. There are many reasons why I love the console, but the number one would have to be the exclusives. Jet Set Radio, Shenmue and Crazy Taxi 2 are fantastic games and have yet to appear on any other console, and I’m totally cool with that. It’s a perfect reason for my Dreamcast to remain hooked up next to my current generation consoles.

But as time goes on, SEGA has been porting more and more Dreamcast classics to other consoles. Great for the gaming community, bad for the Dreamcast. Less exclusives mean less of a reason for gamers to pick up a used console. I know it sounds like I’m being overly dramatic, however this past May I did witness a kid turning down the purchase of a Dreamcast due to SEGA’s recently released Dreamcast Collection. As such, I thought I’d share five lesser known Dreamcast games that remain exclusive to the console and show no sign of receiving a rerelease. If you want these, you need a Dreamcast. 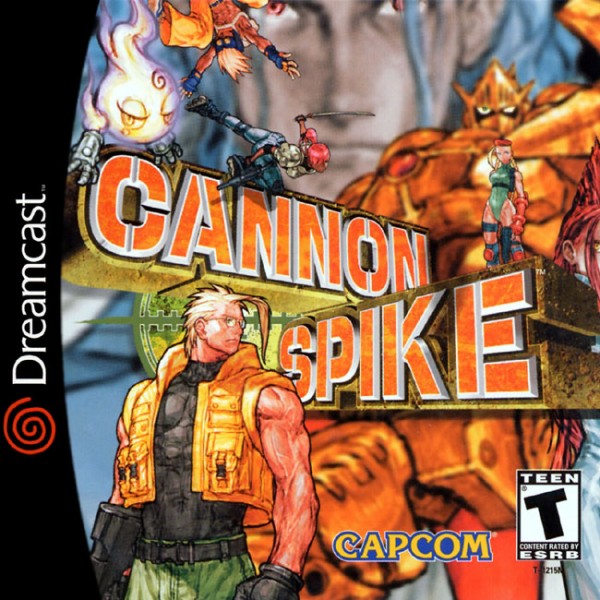 While not every game on this list is at the same level as Shenmue or Jet Set Radio, they are all great fun. The first of these lesser known exclusives is Capcom’s Cannon Spike. A port of the Japanese arcade title Gun Spike, Cannon Spike tosses together a number of Capcom characters from a range of titles (Street Fighter, Mega Man, Ghosts ‘n Goblins, Darkstalkers) into an overhead run about and shoot up the enemies game. Characters are able to target, shoot and execute a close range attack as well as pull off three different special attacks. The game plays very much like Capcom’s Commando and Smash TV, though the graphics are obviously much slicker and the characters are far more exciting. Imagine Mega Man and Cammy taking on a massive alien boss. 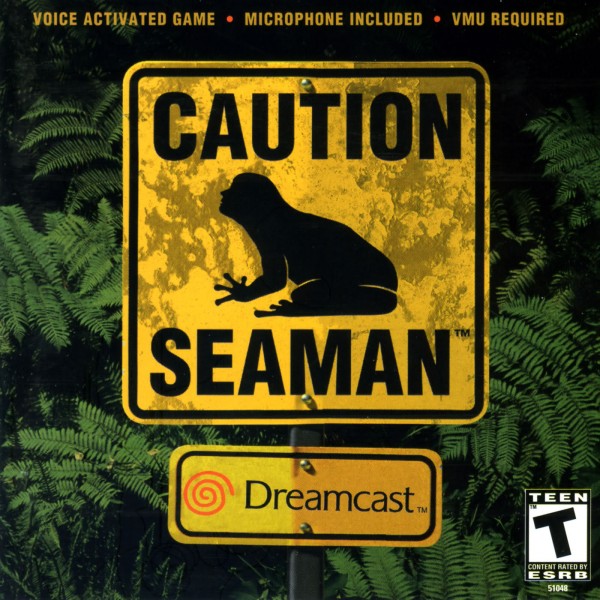 While Seaman is one of the better known titles on this list, I feel that it (he?) deserves a mention. Despite the many virtual pet titles to release since Seaman, none have yet to match this game in terms of bizarreness and interactivity. The number one draw of Seaman is the ability to converse with the man-fish. Sure Peter Molyneux touted Milo, which I found to be very impressive, yet Milo lacked personality and, oh yeah, the thing was never released as a game. As such, Seaman is still the only game where a character will respond to your vocal commands and questions, will remember details about yourself and will bring them up weeks later. What more, Seaman will occasionally talk to you first and his replies to your answers never cease to be both funny and unsettling. 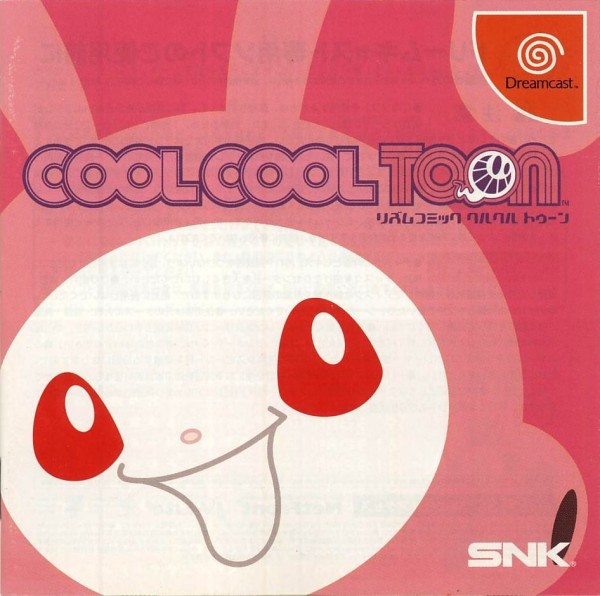 I was going to abstain from mentioning Japanese imports, as I could easily fill a “lesser known Dreamcast exclusives” list with imports alone. However Cool Cool Toon is at the top of my lesser known exclusive imports list, so it gets a mention here. If you own the Samba de Amigo maracas for the Dreamcast, and wish there was a game besides Samba de Amigo that used them, Cool Cool Toon is what you need. This rhythm game, released by SNK, features great graphics and catchy tunes. Basically, the game plays within a circle as characters dance to the beat in the background. Moving about the analog stick, players press buttons at the appropriate time and place within the circle to the beat of the music. Players know when exactly to push the button as a large circle closes in on the button location. It sounds confusing, and it is, but thankfully things are far more fun and easier with the maracas.

While this feature isn’t advertised on the packaging, Cool Cool Toon does in fact fully support the Dreamcast maracas. Standing in place and holding one maraca out in front of you, the player moves the target about the on-screen circle and shakes the maraca at the appropriate time. The A, B, X and Y commands are changed to a single button press with the maracas. Think of it as an overhead whack-a-mole. The game is very import friendly, you’d just have to remember the menu options and be resigned to not being able to follow the story (I’m sure you aren’t missing much). 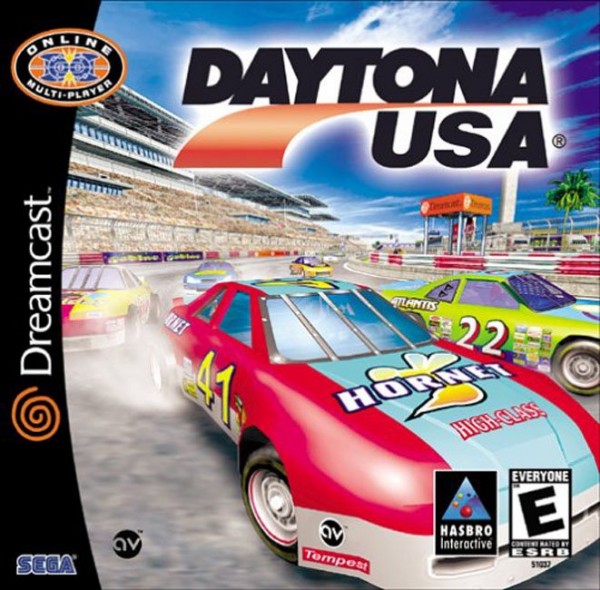 With classics like Out Run and SEGA Rally receiving HD ports, fans are eager to see an HD version of Daytona USA. Unfortunately, due to rights issues, the best fans hope to see is SEGA Racing Classic and even then there is no sign of that game hitting XBLA or PSN. What’s a fan to do? Pick up Daytona USA 2001 for the Dreamcast! This sequel to the Saturn and arcade classic features all the tracks from the original as well as three new ones. What more, the graphics are greatly enhanced and the game features remixed and original music. The one downside to the game is that the controls are quite sensitive, though the US version has a sensitivity slider to remedy this problem. Until SEGA Racing Classic hits, this game playing through a VGA box is the best there is. 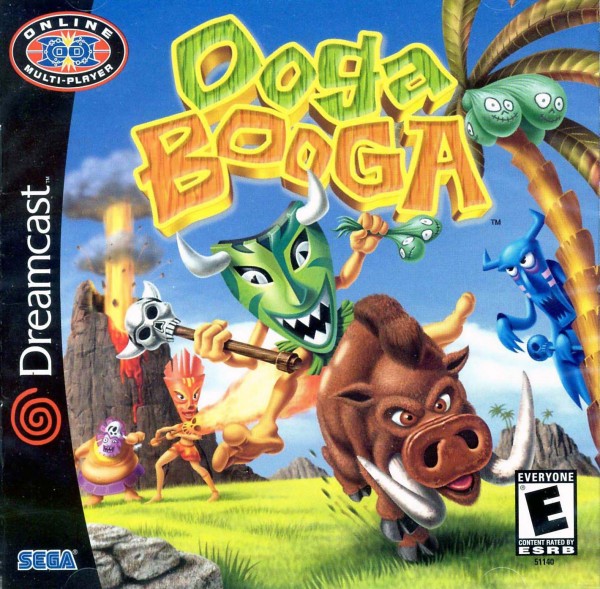 Let’s say you and three of your friends have spent the past hour playing Power Stone 2, an excellent Dreamcast console exclusive, and want to play another 4-player combat game that is just as crazy. Enter Ooga Booga. Developed by Visual Concepts, the folks behind the 2K sports titles and Floigan Bros (yet another lesser known exclusive), Ooga Booga was once an online multiplayer classic but has since fallen into obscurity due to the demise of online Dreamcast gameplay. Thankfully, the game is just as fun offline, as up to four players can play at once. Players take control of islanders called “Kahunas” from different tribes, with each tribe having their own unique attacks, and duke it out on a number of unique island maps. Controls are excellent, graphics have a kitchy Polynesian vibe and the unlockables are hilarious. Outside of the usual tribes, players can control Abe Lincoln, Death, a dwarf and a superhero called Superguy.

Having listed my favorite lesser known Dreamcast titles, I’d like to ask you the reader what your favorites are! Let us know in the comments section below.

5 SEGA Games Only on XBOX

SEGA Five: How to be the best Dreamcast collector that you can be
Dreamcast Exclusive The Weekly Five