A lovely new teaser trailer has released giving us our first good look at the recently announced new entry in the Valkyria Chronicles series, Valkyria: Azure Revolution. In addition to the trailer are eight high res screenshots (seen after the break) that show off the heroes and enemies of the game in combat. It looks like the CANVAS engine is back, however some fans are weary that the new game is dropping the strategy RPG elements and is going for a more traditional RPG approach. At this point, we don’t exactly know how Valkyria: Azure Revolution will play, but at least we now have a better idea of how it looks.

But hey, the original game will be receiving a PS4 remaster in February 2016, so SEGA isn’t brushing the old gameplay under the rug. And who knows, it could turn out to be a great game, even if it isn’t a direct gameplay followup to the originals. I recall fans bemoaning Phantasy Star Online before it released because they made the switch from turn based to an action RPG, and yet now the original PSO is beloved and considered by many to be one of SEGA’s best games.

More on Valkyria: Azure Revolution as we hear it, and in the meantime enjoy the trailer! 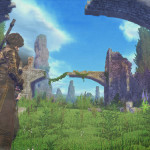 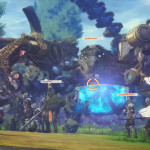 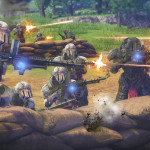 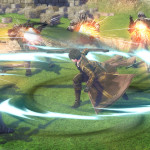 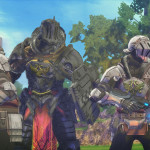 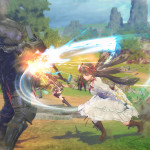 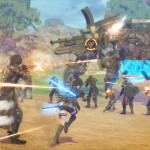 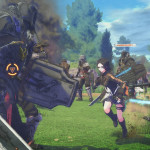