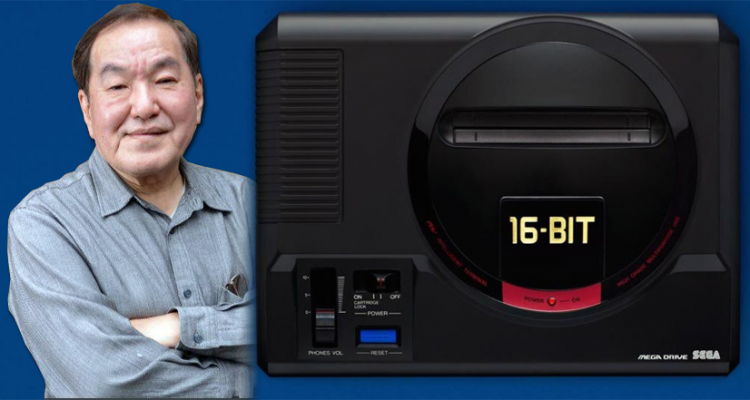 Famitsu: I believe the ways of hardware development have changed a bit since the Mega Drive days, but tell us about some of the concepts that went into the planning of Mega Drive.

Hideki Sato: “In short, we just wanted to make a game console that could beat Nintendo. We released our very first video game console, the SG-1000, and it sold 160,000 units. Those were huge numbers, considering Sega has only made arcade games that sold no more than several thousand units up until then. However, it stood no chance against the Family Computer, which released on the same day…

Back then, we had some Sega employees check out department stores to see the product packaging and customer reaction, but instead what we saw were Family Computers flying off the shelves, right before our eyes. They said that it was about ten for every one who purchased the SG-1000.”

What was your analysis on the difference there, Sato-san?

Hideki Sato: “I thought the difference was in software. Honestly, the software quality wasn’t that great. The reason was because the company saw video game consoles as as an extra or bonus, in a sense. We couldn’t get our in-house development team to budge. We had no choice but to outsource the software, but against Nintendo’s fine software, it just wasn’t meant to be.”

And that’s why you decided to improve on software for the next hardware?

Hideki Sato: “Yes. They also finally saw consoles as a business opportunity thanks to the SG-1000. That said, the situation at the time made it difficult to suddenly focus on new titles for the next-generation. So we pitched the idea of “being able to play hit arcade games as they are” and began development on the next-generation console.”

Hideki Sato: “However, we needed a 16-bit CPU in order to port arcade games (the Family Computer had an 8-bit CPU). We went with one called the MC68000… but it was so expensive. Just having this part in the device itself made its price jump up, so it came with the problem of being too expensive for a console.”

But I don’t remember the Mega Drive being particularly expensive…

Hideki Sato: “Actually, we negotiated with the other party to have it sold to us for a tenth of the price. We told them ‘If you agree to sell it to us at that price, then we’ll buy 300,000 right now,’ and ‘If it goes well we’ll likely sell 500,000 or one million,’ and we somehow managed to negotiate.”