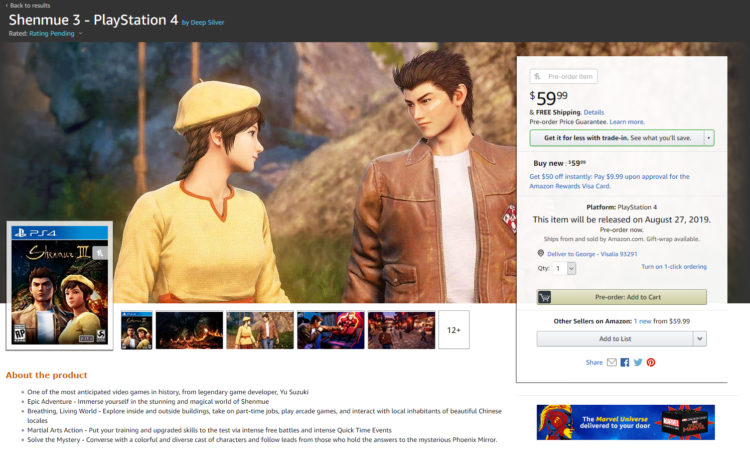 One response to “Shenmue 3 pre-order page up on Amazon”