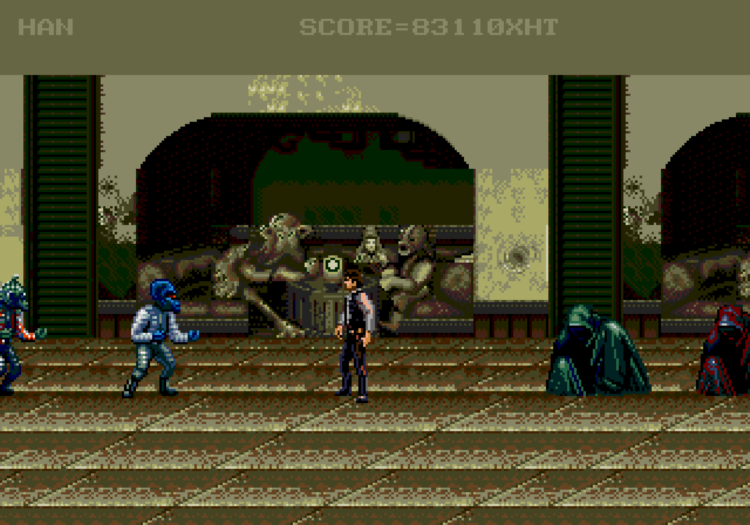 Prior to this newly discovered build, only a few magazine scans were seen. One featuring Chewbacca (who is not in this build) and much more detailed art (hinting that a later build also exists). This build is the first time the game has been publicly seen. According to hiddenpalace.org, cutscenes have yet to be implemented and there are some placeholders. Also, the ROM header is based on Greendog, another SEGA Interactive game.

Head on over to hiddenpalace.org and play the game for yourself (you’ll need to download the ROM and load it up in your emulator of choice).